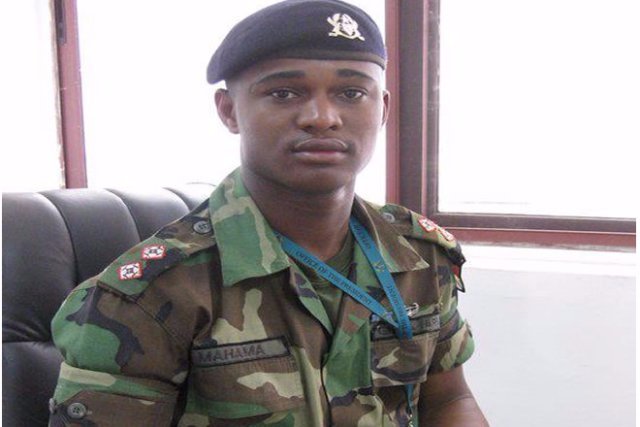 The 14 persons who allegedly killed the late Major Maxwell Mahama at Denkyira Obuasi in the Central Region, mistaking him for an armed robber, have been ordered to open their defence.

Justice Mariama Owusu, a Supreme Court judge sitting as an additional High Court judge, yesterday dismissed submissions of no case made on behalf of the accused persons by their respective lawyers following the close of the prosecution’s case.

“The accused charged with murder intentionally caused the harm to the deceased without any hesitation. From the foregoing, the prosecution has made a prima facie case against the accused persons. The submission of no case has been overruled and the accused persons are called upon to open their defence,” Justice Mariama Owusu ruled.

Justice Owusu said Section 271 of the Criminal and Other Offences Act (Act 30) mandates the court to consider at the close of the prosecution case whether a case had been made against the accused to warrant the accused to open their defence.

She went on to read her decision and held that the prosecution was able to make a case against the accused persons who have been charged with conspiracy to commit murder as well as those charged with murder.

She, therefore, dismissed the submissions of no case and ordered the accused persons to open their defence. She adjourned the case to July 18 for William Baah, the first accused to open his defence.

The Office of the Attorney General on May 16, 2022, closed its case in the trial of the 14 persons who allegedly lynched the late Major Maxwell Mahama at Denkyira Obuasi (New Obuasi) in 2017.

Major Mahama was brutally lynched in May 2017, while on detachment duties with some military officers at Denkyira Obuasi.

He was the captain of the 31-member military team sent to the town to guard the property of C&G Mining Company as a result of illegal mining activities in the area.

The 14 persons all pleaded not guilty to the charges levelled against them although state prosecutors say the accused persons, except the then Assemblyman of the area, William Baah, were captured in a video during the crime.

The prosecution during the presentation of its case called 14 witnesses who gave various accounts of what happened on the day and what they witnessed.

Frances Mullen Ansah, a Chief State Attorney, during one of the proceedings led the case investigator in evidence when the court played the horrifying video which captured the accused persons lynching the deceased. 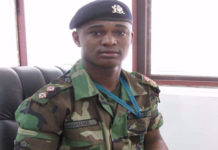 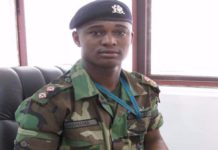