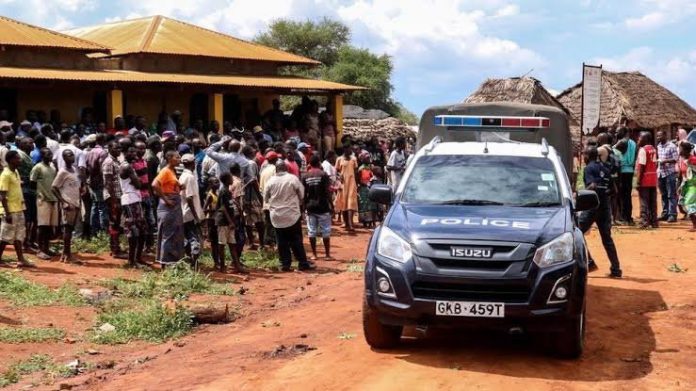 Police have arrested two brothers for assaulting their elder brother to the point of death. The duo attacked the deceased after a distress call from their mother.

The deceased had returned home at 8:00 pm in a drunken state and demanded food from their mother. When told that food was not ready, he descended on his helpless mother with blows and kicks leaving her wailing in despair, for her dear life.

His two brothers, 29-year-old Pascaliano Odhiambo and 19-year-old Bonaventure Ouma, immediately responded to their mother’s screams only to find Juma assaulting her. The duo gave Juma a dog’s beating before they retired to bed.

Juma’s mother woke up on Thursday, September 23, and walked towards his house to check on him, despite having been assaulted by him the previous night.

She was, however, shocked to find him lying dead on the doorstep of his house, with a deep cut inflicted on his head, slightly above the left ear.

She immediately alerted the local authorities who called in detectives based in Butula, Busia county.

A machete, jembe and a rungu, believed to be the murder weapons, were found at the scene of the murder, documented and collected by the Busia-based crime scene personnel.

The two brothers have since been arrested and placed in custody at Bumala police station for processing for court.