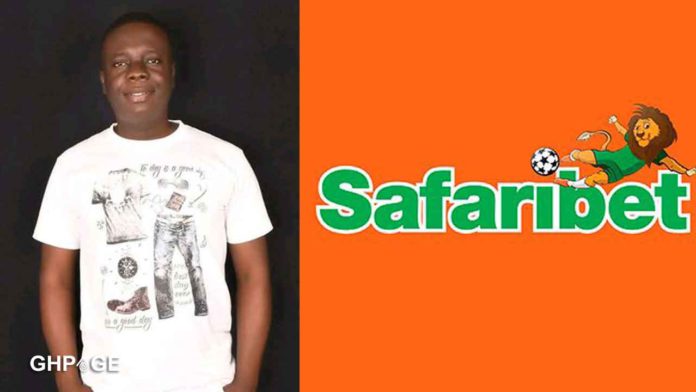 While for many people such wins are life-changing, the case of Theophilus has been that of three years of pain and anguish as the betting company, SAFARIBET has refused to pay him his win.

The story so far

He was lucky; all his bets, comprising games from EPL, Champions League, Italian Serie A, and Europa League, resulted in a win.

But, as the young gambler was getting ready to withdraw his money, he noticed, rather to his amazement that his account had been blocked by the betting company, SAFARIBET.

Morgan then stormed one of the offices of SAFARIBET to find out why his account has been blocked and after several hours at the offices, his account was enabled again, only for the betting company to reduce his actual win from GHC 573,62922.591 million to Ghc 286,991.

All these happenings were transpiring at a time the betting company had momentarily credited Morgan’s online account with the Ghc57 million, something the young man had evidence of.

The Gaming Commission of Ghana and its lack of regulatory bite

Fearing that his earnings were being manipulated, Theophilus reported the conduct of SAFARIBET, a company operated by Africa Gaming and Entertainment Ltd, to the Gaming Commission.

Per the laws of Ghana, the Gaming Commission regulates all marketing promotions that have an element of game of chance.

Suffice it to say that at the time SAFARIBET decided to play tricks with Morgan’s money, it was duly licensed by the Gaming Commission of Ghana which conditions of license state among other things as follows:

A person qualifies for a Licence if that person has the required minimum stated capital of US$ 2,000,000 to be engaged in sports betting and must provide evidence of financial capability to operate the business.

With all these rules written in black and white, the Gaming Commission did very little to help Morgan’s case.

Feeling cheated, Theophilus proceeded to court and succeeded in securing a default judgment in his favour.

By the time judgment was secured, however, SAFARIBET had closed down all its offices in Ghana, sold all assets and transferred all its monies from Ghana, and fled the country.

The court ruling, however, paved the way for Interpol to chase SAFARIBET wherever they may be in the world, to pay the money owed Theophilus.

It’s been more than a year since that ruling was secured but Morgan’s fate has remained the same.

The Gaming Commission which has been mandated to protect him and others like him has failed in its duty.

As many of you reading this piece may know, sports betting has caught on with many people in Ghana.

It is for that matter that a body like the Gaming Commission was set up with officials paid by the taxpayer’s money to regulate the space and protect the many people venturing into betting.

It is, therefore, heart-wrenching to know that for three years, Theophilus hasn’t seen any protection from the Commission and bodies such as the Economic and Organised Crimes Office (EOCE) whose attention, I am aware, has been drawn to this injustice; the National Investigations Bureau (NIB) the Criminal Investigation Department (CID) and the Financial Intelligence Centre (FIC).

Has it become that easy for a foreign company to perpetrate such an injustice on a citizen and flee just like SAFARIBET did?

And, with the many betting companies springing up in the country, what have we learned, as a nation, from Theophilus’ experience? 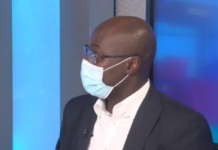 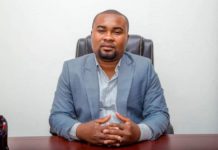