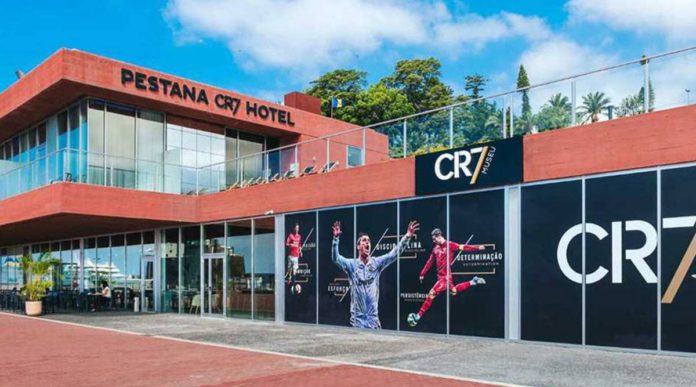 Reports that Cristiano Ronaldo’s hotel was poised to turn into a makeshift infirmary for those with coronavirus are off the mark, according to the Lisbon institution.

Spanish publication Marca claimed that the former Real Madrid star was ready to have one of his two hotels turned into hospital to help combat the pandemic, which has infected over 160,000 people across the globe and has now killed over 6,000.

The infection is in its early stages in the five-time Ballon d’Or winner’s homeland of Portugal, where cases jumped by 76 up to 245 in the last day.

Staff at Ronaldo’s hotel in Lisbon, however, say they know nothing of plans to transform its use on a temporary basis.

“We are a hotel. We are not going to be a hospital. It is a day like everyone else, we are and will remain a hotel. We are being phoned by the press. I wish you a nice day,” a spokesperson for the institution told Dutch outlet RTL Nieuws.

The Juventus attacker has not offered a comment on the situation with his hotels but is back in his homeland, away from northern Italy, which is currently one of the world’s greatest hotspots for the virus.

His club-mate Daniele Rugani was one of the first high-profile cases of the virus in the world of sport and the 35-year-old was quick to send a message of support to fans amid the chaos.

“The world is going through a very difficult moment which demands the utmost care and attention from all of us,” Ronaldo wrote in a post on social media.

“I speak to you today not as a football player, but as a son, father, a human being concerned with the latest developments that is affecting the whole world.

“It is important we all follow the advice of World Health Organisation and the governing bodies on how we handle this current situation. Protecting human life must come above any other interests.

“I would like to send my thoughts to everyone who has lost someone close to them, my solidarity to those who are fighting the virus, like my team-mate Daniele Rugani, and my continued support to the amazing health professionals putting their own lives at risk to save others,” he said.