The real act of marriage takes place in the heart, not in the ballroom or church. It’s a choice you make not just on your wedding day, but over and over again.
Well, former president John Dramani Mahama and wife Madam Lordina Mahama have announced their 25th marriage anniversary today.

And per the pictures shared on the former president’s social media pages, it appears the magic between the two has not waned ‘a teeny bit’.

The magic between the two is still strong and the former president seems to have fallen all over again with the love of his life as she changes her look by getting a low cut.

Former president Mahama posted an iconic photo of himself and lovely wife Lordina Mahama on Instagram with the caption “25 year anniversary and still counting. To God be the glory#SilverJubilee”. 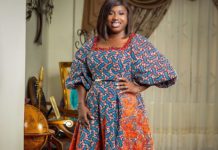