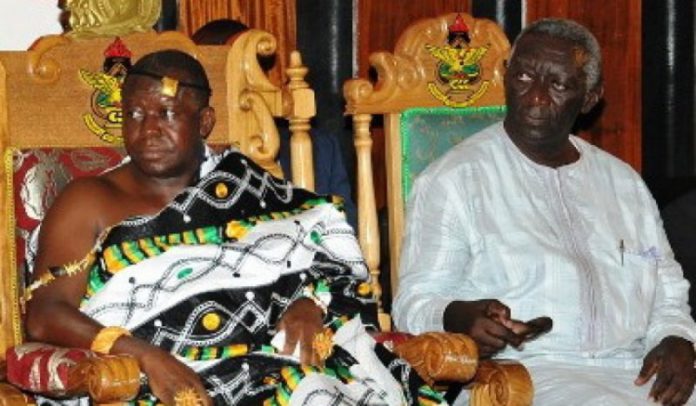 Former president John Agyekum Kufuor has recounted how his negotiations for fiscal support from the International Monetary Fund (IMF) after Ghana was declared a Highly Indebted Poor Country (HIPC) was saved by Otumfuo Osei Tutu II.

According to the former president, negotiations between his government and The Fund in its last stage was abruptly cancelled and it took the intervention of the revered King for it to be restored and for Ghana to access the fiscal support it needed.

In 2000 when Ghana was declared HIPC country, my engagements with IMF at the eleventh hour was abrogated, and after a tip-off, I made a plea to Otumfuo who was in Washington then to talk to a friend of his who works at IMF. Without hesitation, he talked to his friend and Ghana was reconsidered. Without Otumfuo, there was no way Ghana would have gotten any support from IMF, he said.

Speaking on Kumasi-based Opemsuo FM, he spoke highly of Otumfuo stating that his remarkable contributions to the development of the country could not be watered down.

There were many times that Otumfuo has helped me and the country during my administration, I can’t talk about all of them, he stressed.