The visit, according to sources, was to officially inform the traditional ruler of his intention to contest the 2020 general election slated for December 7 and also request for his support for victory in the elections.

Osofo Kyiriabosom noted that the Asantehene matters when it comes to the development of the country, hence, the need to seek for his support.

Addressing the media, Osofo Kyiriabosom, indicated that the only way a leader can succeed in governing or leading is when he shows respect to the elderly.

The founder and leader of the Life Assembly Worship Centre assured the Asantehene of his preparedness to ensure a free and fair election.

He indicated that “Ghana is the only country we have as a people” and, therefore, underscored the need for peace to prevail in the country.

For his part, the Asantehene thanked the leader of GUM for according him the respect and described Osofo Kyiriabosom as a unique personality who has over the years contributed towards the growth of Ghana’s economy. 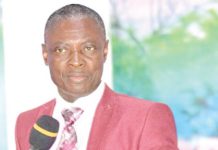 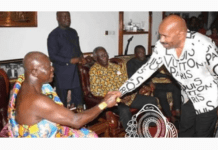 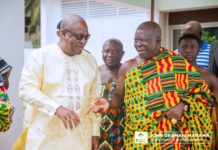