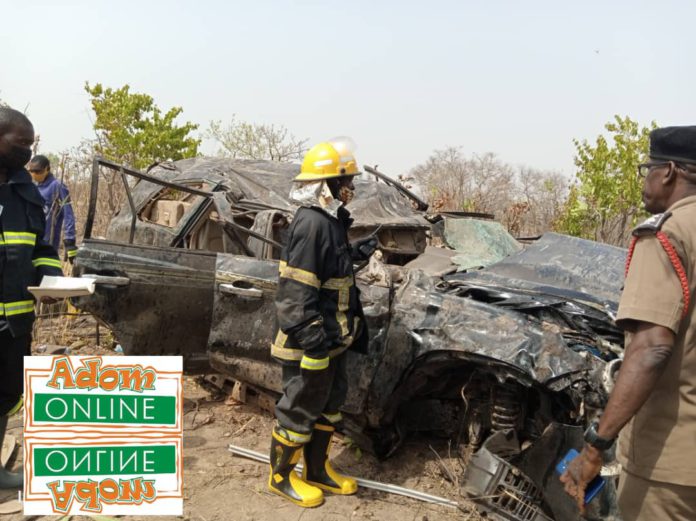 The driver of a Landcruiser of the Kwame Nkrumah University of Science and Technology has died in a fatal accident on the Buipe-Tamale highway.

Two others are said to be in critical condition and undergoing treatment at the Tamale Teaching Hospital.

Reports indicate the incident happened on Tuesday night between the Fufulso and Domeabra townships in the Central Gonja District of the Savannah Region.

The accident occurred when the tyre of the vehicle, with registration number GV 785-14, burst and caused the vehicle to somersault, killing the driver on the spot.

The Central Gonja District Chief Executive Officer, Mustapha Mahama, who confirmed the incident in an interview with Adom News, said the occupants were travelling from Bolgatanga to Kumasi.

Personnel from the Central Gonja District Fire and police service visited the scene to help convey the victims with the body of the deceased deposited at the Tamale Teaching Hospital mortuary.

Mr Mahama, who expressed concerns over recent accidents on the stretch, noted he will soon arrange for prayers to be held on the Buipe-Tamale highway.