The meeting is to provide amicable solution to the bad blood between the two men.

The cold relationship between the two and internal wrangling are believed to be some of the factors that led to the party’s defeat in the election in the constituency.

The Kpone-Katamanso MCE have accused Mr. Adorye of housing NPP maidens in a hotel room for over a month for a fun fair during campaign season.

The comment has sparked outrage in the party, and the youth and maidens have called for a retraction and apology and subsequent dismissal.

But, Mr Adorye, speaking at a thanksgiving service attended by his family and party faithfuls called on angry supporters to stay calm.

He pledged to avail himself for any pace talk to ensure they is unity in the constituency. 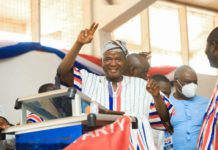 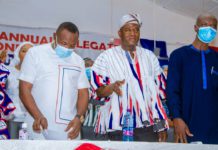