A Nigerian soldier said to have been under the influence of drugs killed at least three civilians and injured 13 others during a mass shooting.

The incident happened on Wednesday in the north-eastern Borno state.

Eyewitnesses said the fatalities included a three-year-old girl, while 13 others sustained gunshot wounds and were receiving treatment at a hospital.

The soldier is among troops on the frontline fighting jihadist insurgents in the region.

Reports say the soldier was eventually disarmed and arrested by military authorities.

Security experts say such killings occur when soldiers suffer post-traumatic stress disorder due to long-time exposure to battles at the frontline, without constant psychological evaluation.

The Nigerian army is yet to react to the incident.

Man found dead inside well after drinking with friends 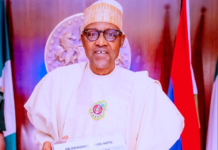