Nautyca is conventionally poised to tease fans with ‘OK’, the first single off his maiden EP featuring Shatta Michy.

In the aftermath of releasing back-to-back hit songs like E Choke, De Holy Anthem, Dane, Social Media, Jeje, Apuutor, Bottles just to mention a few, the Ghanaian singer and songwriter, Jeffery Kofi Gordor, popularly known as Nautyca, is laced up to outdoor his debut EP dubbed ‘Not The Ordinary’, scheduled for release in October 2021.

According to him, he can’t afford the luxury of starving his fans, hence he is conventionally set to tease them with ‘OK’.

The song will be released on Friday, September 17 and it has the Amapiano sound which is currently making waves across the various music streaming platforms.

Ahead of its release, it’s rumoured Shatta Michy threw shots at some industry players during the recording session.

The song is tipped to be an instant banger judging from its trendy characteristics, danceable element, message, and lyrical composition.

The upcoming EP is certainly going to cement Nautyca’s grounds of winning new fans and audience at large due to its variety of sounds, styles and vibes. 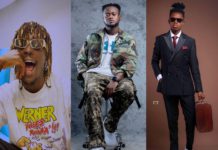 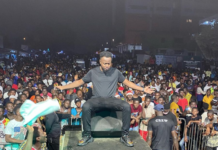