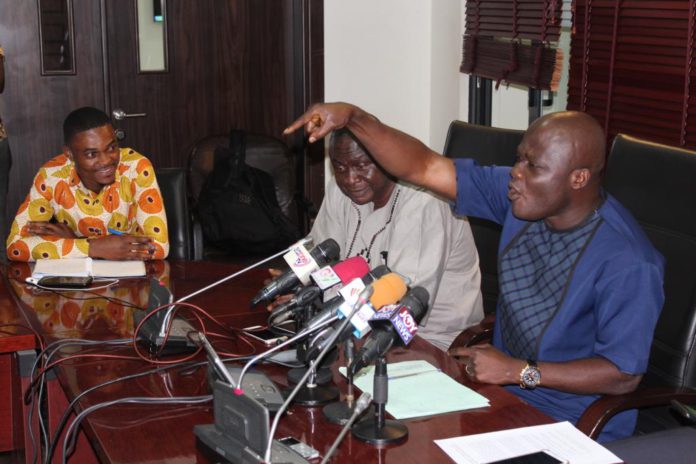 Members of a joint Parliamentary Select Committee on Local Government & Rural Development, Works & Housing and Environment, Science and Technology have underscored the need for part of the District Assemblies’ Common Fund to be used to address the sanitation menace by establishing recycling plants in all the regions.

The call comes following calls to establish local recycling plants across the country, as experts claim that Ghana’s sanitation crisis is deepening.

Research has established that 61% of waste generated in Ghana is organic and 14% plastic which are all processed at IRECOP with paper and textiles which is 5% and 2% respectively bringing the total to 82%.

IRECOP receives between 280 to 360 tons of municipal solid waste a day meaning a chunk of the waste generated in the cities could be taken care of if we have IRECOP situated at vantage places.

Member of Parliament for Ahafo Ano North, Suleman Adamu Sanid, said if such regulations are swiftly implemented, irrespective of which government is in power, the sector would receive adequate funding to address the perennial problem.

The MP said it was not fair for some government agencies to benefit from the DACF whiles sanitation, which is a critical sector of the economy, be denied such financial support.

“Should it become a matter of practice, no matter which government is in power, every other year, we expect that our sanitation challenges would be given the needed attention,” Mr. Adamu Sanid added.

On his part, MP for Banda, Ahmed Ibrahim, made a passionate appeal to the presidency to ensure that all 16 regions benefit from Zoomlion’s Integrated Recycling and Compost Plant (IRECORP).

He said despite the enormous challenges and criticisms, managers of Zoomlion have shown ‘”unrelenting commitment’’ in addressing the country’s sanitation challenges.

“The Jospong Group is a Ghanaian company and it is important that we all support it to create jobs for the unemployed youth in the country.

“All over the world, sanitation companies charge between $30 – $35 per metric tonne for waste collection, but in Ghana Zoomlion takes only GHC30. We should just check the difference and it would tell us that the company is really committed to helping this country,’’ the MP asserted.

Ahmed Ibrahim reiterated the point that until government sign an offtake agreement with Zoomlion, the citizens would continue to wallow in the sanitation mess.

Present at the media interaction were Emmanuel Kwasi Bedzrah, MP for Ho West, Abubakar Boniface Siddique, MP for Madina, Nana Amoakoh, MP for Atiwa West Constituency and a host of others.