It was a shocking sight to behold after a 32-year-old mother was spotted carrying a newborn baby in a basket in an attempt to sell her as ‘meat’ at Tapa Amenya, Biakoye District, in the Oti Region.

The mother, in a short interaction with Adomonline.com’s Gershon Mortey, disclosed that her babies die anytime she gives birth, hence she was selling the current one at any reasonable price that will be offered to her.

When the first offer was made to her, she declined insisting that the money is topped up to close the transaction.

She, however, insisted that anyone who buys the baby must name the child with any name of their choice before she moves on.

When Mr Mortey offered to give her GH¢5.00 for the baby, she accepted and asked him to give the child any name of his choice.

Meanwhile, the biological father of the baby, Bedim Nayino, said it’s a ritual and part of their customs anytime a woman loses her baby right after birth.

As part of rituals, If a woman gives birth and the baby dies…and she gives birth again she has to sell the baby as meat… the baby has to be put in a basket and paraded through the town and market, he said.

They will parade through the town and the one to buy it will be the person to name the baby.

The significance is that the baby that died has come back again so the ritual changes the destiny of the current child so he or she may live and not die again, he explained. 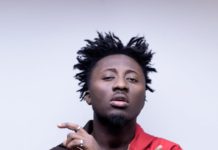 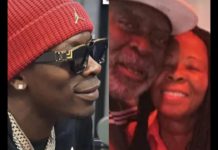 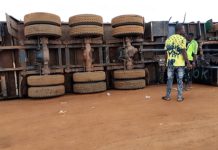 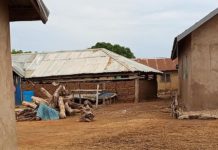