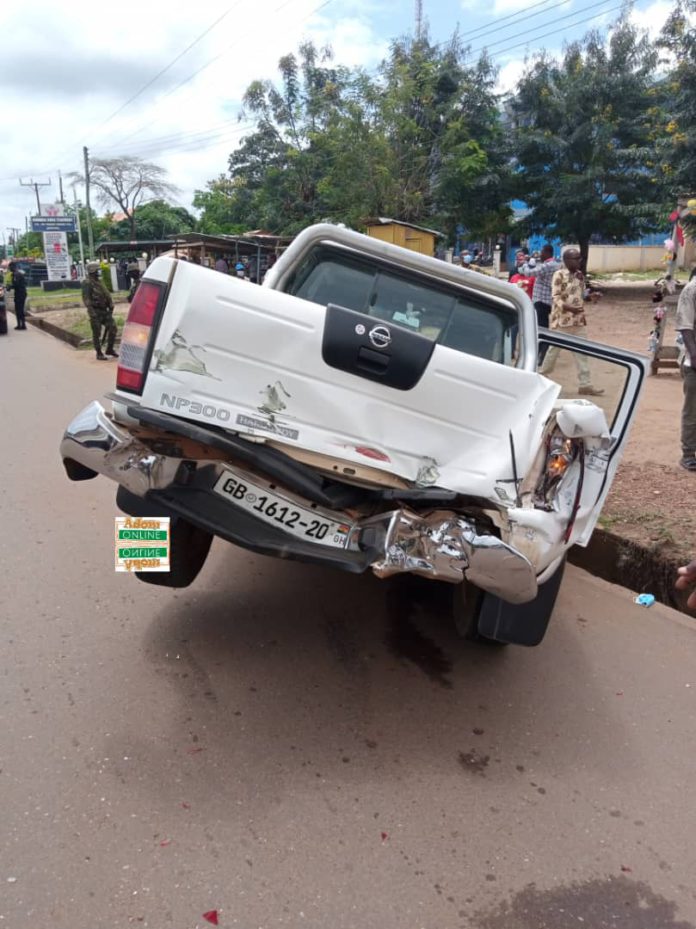 The Bono Regional Minister, Justina Owusu-Banahene, is in a stable condition following a near-fatal accident she had at Dormaa Ahenkro.

Information gathered by Adom News indicates the accident happened while the Minister and her convey were on their way to Nkrankwanta.

This was for the confirmation of the Dormaa Central Municipal Chief Executive officer (MCE) which was postponed due to the accident.

The affected victims were rushed to the Dormaa Presbyterian hospital but were later transferred to Sunyani Regional hospital for further treatment.

The minister later spoke to the media, assuring that she was responding to treatment likewise the other victims.

She added that plans were underway for the confirmation to come off in the coming days.

She said she was optimistic the MMDCEs will discharge their duties as expected and pledged her support to help them function effectively.