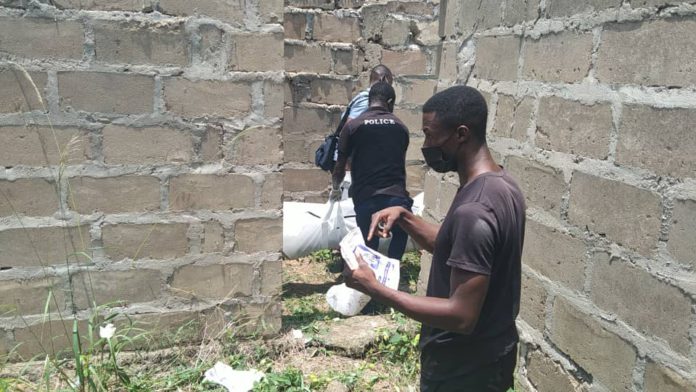 A middle-aged man has been found dead in an uncompleted building at Adweso Estate near the Trinity Presbyterian Church of Ghana in the New Juaben South Municipality of the Eastern Region.

The man, who is yet to be identified, was allegedly slashed in the throat with a kitchen knife found in another room next to where he laid.

This was after the team of crime scene investigators from the Eastern Regional Command and the Divisional Command visited the place.

The man had his mobile phone and a polythene bag next to him, according to citinewsroom.

Some residents say they are living in fear due to the incident.

One of the neighbours said: “I was called by a neighbour that someone is dead in an uncompleted building. So we came around and saw the body with blood all over him. So we decided to call the police and other opinion leaders. And the police came to the scene three hours after our calls.”

Another added: “It is quite scary because nothing of this nature has happened around this place before, so it poses threat to us.” 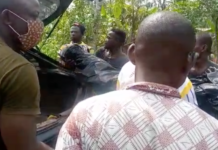