A 26-year-old man, Kwabena Opoku, has allegedly committed suicide at Ntinanko in the Bekwai Municipality of the Ashanti Region.

The deceased was found hanging dead in his room on Sunday.

Relatives, who are still in shock over the incident, told Adom News they cannot understand what pushed him to commit the act since he didn’t look like there was something wrong.

The Anwiankwanta Police have since deposited the body at the Bekwai Government Hospital mortuary for autopsy and preservation.

Read suicide note left by MoMo vendor before he died

The Police have also commenced investigation into the incident. 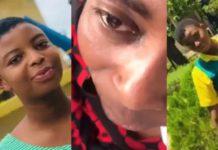