Brother of late President John Evans Atta Mills and Member of Parliament (MP) for Komenda Edina Eguafo Abrem, Samuel Atta Mills, has disclosed that the late President, prior to his death, slept in a room with a leaking ceiling roof at the Castle.

In an interview with Raymond Acquah on Upfront, Wednesday, the MP said the late President had only two houses, one of which was situated at the Castle which contained the leaking roof.

“One house he had never slept in and the other one was where he lived. When he lived at the Castle, his bedroom leaked. Whenever it rained, we had to put about eight buckets in his bedroom. All the fixtures were rusted because it is so close to the ocean and maintenance over there was so difficult,” he said.

According to him, there were many suggestions to the President to move out from the Castle to his other residence at Spintex.

He explained that the late President, however, refused and said “No. I will stay here.”

“He did not want to inconvenient Ghanaians on the Spintex road coming to work every morning and you know how busy Spintex road was and is now. Can you believe every morning the President with the sirens and everything pushing cars everyday just to come to work and then he will do that in the evening when everybody was gone?” he noted.

He added that “he did not want to even inconvenient the people living in his neighbourhood…he would rather stay at this leaky roof place so that he could save some money and not inconvenient anybody and whatever savings that he could get, he could use it to refurbish schools or whatever.”

This Sunday will mark the 10th Anniversary of the death of former President Mills.

A memorial thanksgiving service will be held after which President Nana Akufo-Addo will commission the Asomdwee Park. 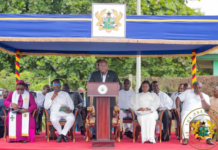 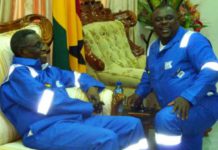