A parent of a student of the Kwame Nkrumah University of Science and Technology (KNUST) who narrowly escaped death before a violent demonstration on campus has condemned the student’s action.

The petrified father, who wants to remain anonymous, said it was just by God’s grace that his daughter and 15 other girls in the Kantaga Hall escaped being burnt to death in an act suspected to be arson allegedly perpetrated by students.

According to him, one of the girls, who was asleep when the fire started, had parts of her hair burnt.

“The authorities took them to the hospital where they were treated, given medication and discharged,” he told Evans Mensah on the Ghana Connect programme, Friday.

The Kwame Nkrumah University of Science and Technology has been closed down indefinitely, following violent protests on Monday.

The decision was taken after a meeting between school authorities and the Ashanti Regional Security Council (REGSEC).

The Regional Minister, Simon Osei-Mensah addressing the press after the meeting, announced that a curfew has been put in place effective 6:00 pm on Monday.

According to him, the authorities when taking the decisions like changing sex single halls should have considered the security implications and taken proper measures.

“I think there were lapses somewhere,” he said.

Condemning the act, he said there are proper ways for the students to channel their grievances but they overstepped their bounds with the violent demonstration.

“I hope that they will take a cue from what happened, take the lessons from it and put their acts together. They are being trained to be leaders of the country, if they cannot go through such challenges and dialogue then it is unfortunate,” he said.

He wants government to revisit the issue and bring all stakeholders to the drawing board and “not take entrenched positions.”

The worried father said he is concerned about the security measures that will be put in place when school resumes because “none of us thought this [violence demonstration] was going to happen.”

“We were given full assurances regarding security on campus and we would all have been shocked to wake up to reports that your daughter slept and never woke up,” he said.

“I am hoping and wishing that the challenges they have will be put to rest for students to go back and study in peace and graduate with good grades,” he added.

According to him, he doesn’t have any choice but to allow his daughter to go back to her Katanga residence. 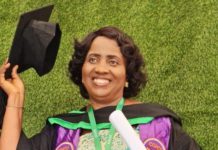 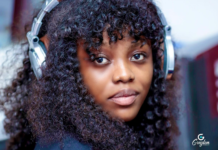