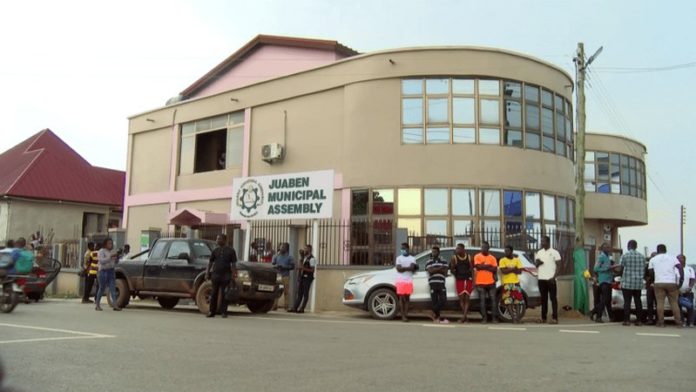 Speaking on Adom FM’s morning show Dwaso Nsem show, Wednesday, Mr Gallo said those creating problems are members from the nominee’s own party, the New Patriotic Party (NPP) and therefore they should be investigated as they are the real cause of the confusion.

“Let’s be realistic here. We are not supposed to do politics. Whatever is happening goes beyond attacking assembly members. If the nominee goes for an election and is rejected twice, then there is an issue.

“I am a CPP member, and one man called Ofori Kyei is also NDC and so the rest are all NPP members, I mean when you take the two of out, the 24 others are NPP members who just don’t like the MCE and are creating confusion and so who amongst them could be the bad nut?” he quizzed.

His comment follows the heavy deployment of armed police and military officers to the election centre on Friday, October 29 to approve the President’s nominee, Alex Sarfo Kantanka of the Juaben Municipal Assembly.

Noting that the Assembly has never witnessed such a debacle, Mr Gallo added that the members are intimidated and worried.

Asked if they will still accept Mr Kantanka as the MCE, he said the President is the only person to re-nominate him and if that happens, they will take a decision.

“It’s only a fool who decides not to change their minds and so if the President names Mr Sarfo or anyone, we would abide because we are not happy about what’s happening in the assembly,” he added.