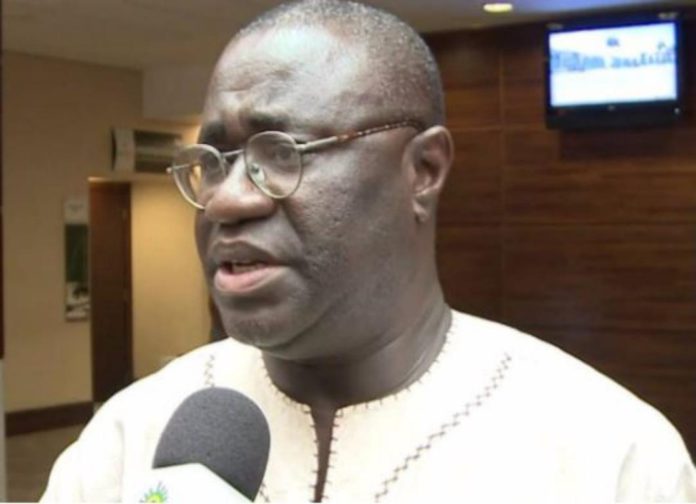 Security Analyst, Prof. Kwesi Aning, has asked the Defence Minister, Dominic Nitiwul to query his intelligence gathering team for failing to predict the strike action by the four teacher unions.

Mr Ntiwul on PM Express, Wednesday expressed worry over the actions of the teacher unions and the threat by other labour unions to strike over the government’s failure to pay their Cost of Living Allowance (COLA).

According to the Defence Minister, the current economic situation and the threats by the labour unions, if not managed, could tamper with the security of the nation.

Reacting to the Defence Minister’s assertion, Prof. Kwesi Aning said Mr Nitiwul should redirect his concerns to his intelligence and risk assessment team.

“If you read the National Security Strategy document, our ability to predict some of these developments are captured in that document. So what is it that our intelligence and risk assessment analysts failed to capture? And I think the Minister’s concern is to ask his analysts how have you failed so awfully that four or five of these unions collectively decided to protest?” he asked.

“I think it is the failure of our intelligence and our analytical framework that has led the Minister to show this concern, but I think honourable Nitiwul should be looking much closer and probably issuing some administrative query. Because it is the failure of those who ought to have cautioned,” he said on Top Story, Thursday.

He wondered if indeed the intelligence gathering team and analysts at the Ministry of Defence are up to the task.

Four teacher unions on Monday, July 4 declared an indefinite nationwide strike over demands for the payment of Cost of Living Allowance (COLA).

“We can no longer bear the hardship. Even more so, we reject the inequality of salaries in the public services of this country. We have been compelled under the current circumstances to publicly communicate to Ghanaians on our intention to go on strike, having gone past the June 30, 2022 deadline [that] we gave government for the payment of the Cost of Living Allowance.

“Consequently, we have decided to embark on a strike action effective today, Monday, July 4, 2022. By this, we are informing the general public that we are withdrawing all our services in all the pre-tertiary education space – this includes teaching and non-teaching staff,” the teachers announced.

A crunch meeting between the leadership of the four striking teacher labour unions and the government to resolve the impasse ended in a stalemate.

A member of the leadership of the Ghana National Association of Teachers (GNAT), Isaac Baah who was present at the meeting on Wednesday told JoyNews in an interview that the “government came empty-handed and so we ended the meeting”.

According to him, the crunch meeting held which was expected to resolve the impasse, did not last long.

He said the representatives at the meeting told them “they did not have the mandate” to grant the 20% Cost of Living Allowance (COLA) the teacher unions have demanded.