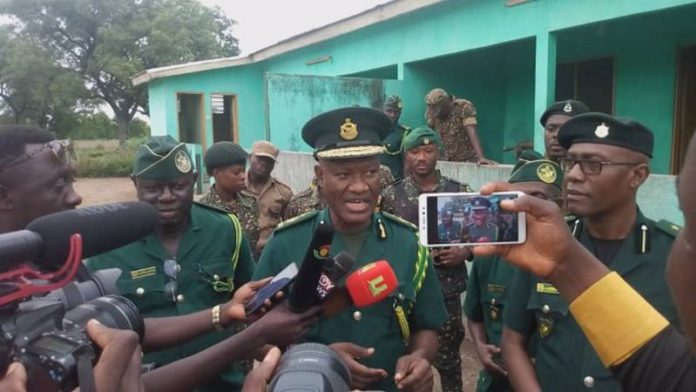 The Comptroller-General of Immigration (CGI), has admonished Officers and Men to disengage themselves from any form of nefarious activities that would not make the Service achieve its annual revenue target.

Lawyer Kwame Asuah-Takyi said, “the more revenue Officers and Men are able to accrue for the Service, the more infrastructural and developmental projects the Service would be able to establish to address pressing challenges confronting the GIS¨.

The CGI made these statements during his interactions with personnel of the Service as he rounded off a 2-day working tour to offices and facilities of the Ghana Immigration Service in the Ashanti and the newly created Ahafo Regions.

ALSO: Bureau of Public Safety kicks against one police; one gun policy

Mr Kwame Asuah-Takyi said, ¨the GIS receives most of its resources from 13% of its Internally Generated Funds (IGF) hence it is imperative for Officers and Men to bring in all that they receive from services they render so we can achieve more and confront our challenges head-on¨, he stressed.

He urged personnel not to be discouraged about current challenges confronting them at their respective duty posts, but rather deliver their uttermost best as they would do if GIS was their own company facing difficult times.

Mr Asuah-Takyi bemoaned the level of unpleasant living conditions of Officers citing the bad state of the current office and residential accommodation.

He, therefore, assured them of his willingness to put the GIS on higher grounds but needed their support and called for confidence in his administration.

The objective of the tour was for the CGI to familiarize himself with personnel in those Regions and to obtain firsthand information on issues bordering on professional duties.

As part of activities of the tour, the Comptroller-General visited GIS District Offices in towns such as Juaso, Konongo, Ejisu, Effiduase, Kumawo, Mampong, Mamponteng, Nkawie, Nyinahinin, and Tepa in the Ashanti Region.

The Ahafo offices visited were Goaso, Kenyasi, Acherensua, Bechem and Dua Yaw Nkwanta. He also passed through the Bibiani Office of the in the newly created Western North Region.

Earlier this year, the CGI toured the Northern, Upper West and the newly created Savannah Regions to interact with personnel as part of his open-door policy. 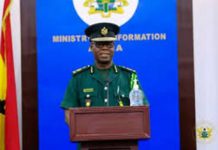 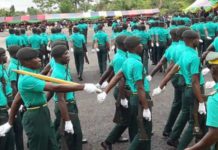 We are not recruiting; Ignore fake reports – GIS warns public