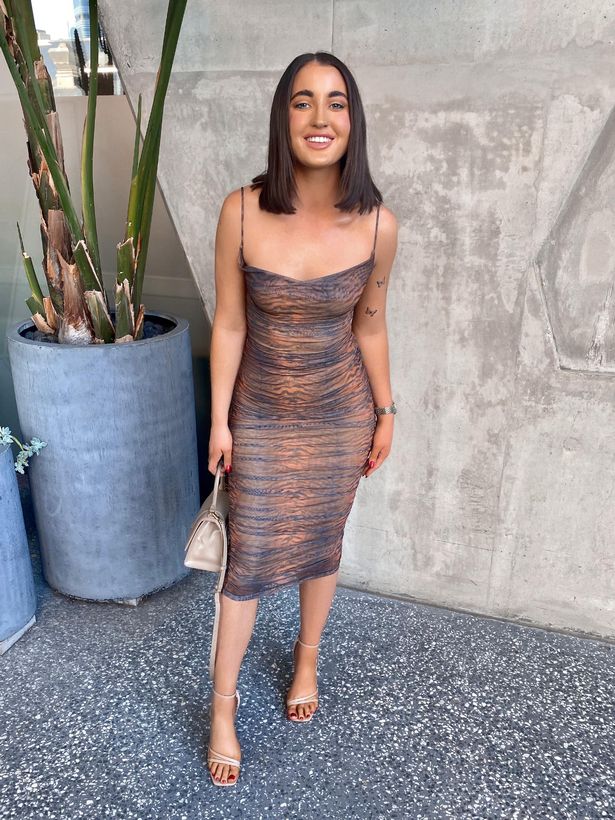 A woman has been slammed for calling herself a “live-in girlfriend”, which means she looks after her boyfriend’s needs while living a life of luxury.

But for the rest of the week, she is a live-in girlfriend who lives in an apartment with 360-degree views of Brisbane city with a rooftop and infinity pool.

Alex, her boyfriend, is a high voltage electrician in mines that are a seven hours’ drive north of Brisbane. His work rota is seven days away at work and seven days at home.

“Alex and I have been dating for six months and he earns significantly more money than I do,” she told the Daily Star.

“He prefers to be the person to pay the majority of the household expenses such as rent, utilities and groceries.

“My salary covers the majority of my personal expenses, such as my personal maintenance appointments, and my personal bills and the cost of social activities, like eating out.

“If I do run out of money while he is at work, he will top up my bank account if I need. He also loves to spoil me with luxury dates and gifts.”

Because her work schedule is super flexible, Kirsten has a lot of free time to go shopping, get her nails done and catch up with friends.

She says it also allows her to spend more time with her boyfriend when he is home from work.

This is in comparison to regular couples who both work a nine to five and only perhaps are able to spend nights and weekends together.

She added: “Part-time stay at home girlfriend is a title that my boyfriend and I created and started off as a joke but it describes our situation perfectly.”

When Kristen isn’t working she goes to the gym before attending any beauty maintenance appointments she may have, such as her hair or nails.

She will then pick up any online shopping orders, as she usually has something arriving three or four times a week, before tidying up the apartment and doing household chores.

People tend to think that Kirsten and Alex’s relationship is a sugar daddy and sugar baby arrangement, which is incorrect.

“People also assume that Alex is ‘whipped’ or ‘simping’ and I have him completely wrapped around my finger which is absolutely not the case at all,” she continued.

“Alex is very much the boss in our relationship and that’s the way we both prefer it and he won’t do anything he doesn’t want to do.

“I don’t force him to treat me like a Princess he does it all on his own right from the moment we met.”

People also assume that she relies on his income entirely and that she will have no safety net if the relationship fails.

Many are under the impression that the 25-year-old would also be unable to support herself without Alex’s help.

“Firstly, Alex and I do not plan on our relationship failing. We have the most wonderful relationship it’s almost perfect in our opinion, we plan on marriage and children,” Kirsten explained.

“Secondly, I still have a savings account, I still earn superannuation from my employment for when I retire and I’m not completely blinded by love.

“I know that sometimes relationships don’t work out. I take care of myself without taking advantage of my amazing man.”

The 25-year-old revealed that the “simping” and “whipped” misconception and criticism normally come from men.

However, the criticism she receives from women is usually quite angry and aggressive.

She added: “They believe that because I’m a woman I should be a ‘lady boss’ and be earning all my own money.”

Kirsten believes that society has certain expectations of what women should be in the 21st-century, which is reinforced by others on social media.

She continued: “I definitely sometimes feel the pressure to become a ‘successful’ and self-employed ‘lady boss’ earning six figures and to take care of myself completely and I’m criticised because my lifestyle choice goes against this idea of success.

“I play a very feminine role in my relationship while my partner plays a very dominant masculine role and that’s the way we both prefer it.”

Kirsten wants those who criticise her lifestyle choice to simply mind their own business.

She acknowledges that what works for her and Alex might not work for others but that doesn’t mean it should be criticised.

“You don’t see the full picture, just what I decide to share on social media,” she explained.

“This doesn’t mean my life is ‘fake’ because I only share the truth but there is always more to a story and what’s happening behind closed doors.”