A Kumasi-based young lady, simply identified as Vivian, has experienced the worst side of heartbreak.

Vivian’s lover of over two years absconded while she was months pregnant for him, having initially aborted her first baby, a situation which had psychological effects on her.

The shocking part of the tale she narrated on Nhyira FM’s Obra is how she woke up from sleep one day speaking impeccable English, despite being an ‘illiterate’ the night before.

Vivian, amid tears, recounted how she was a healthy hotel attendant prior to falling in love with Nana Kwame whom she never introduced to her family.

She added that their sexual escapades earned them their first pregnancy but Kwame insisted she aborted, a request she declined.

But, she said, after persuasion from a relative that her baby will be ‘ugly’, considering the fact that Nana Yaw wasn’t too good-looking, she agreed to an abortion.

Almost a year later, Vivian said she took seed again, but this time Nana Kwame was nowhere in sight and all efforts to trace him proved futile, as though he had vanished from earth.

Vivian’s guardian disclosed that the situation caused her to suffer post-partum psychosis a month and three weeks after delivery.

Consequently, Vivian woke up one morning speaking English, to the amazement of all, as her guardian explained she has never been to school.

Though she still understands her native language, Vivian cannot speak Twi without including an accent. 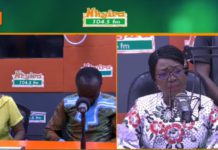 My husband and I run shift on boxer shorts – Lady discloses 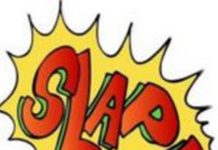 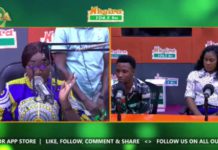 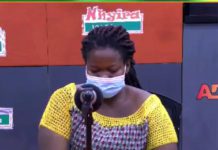