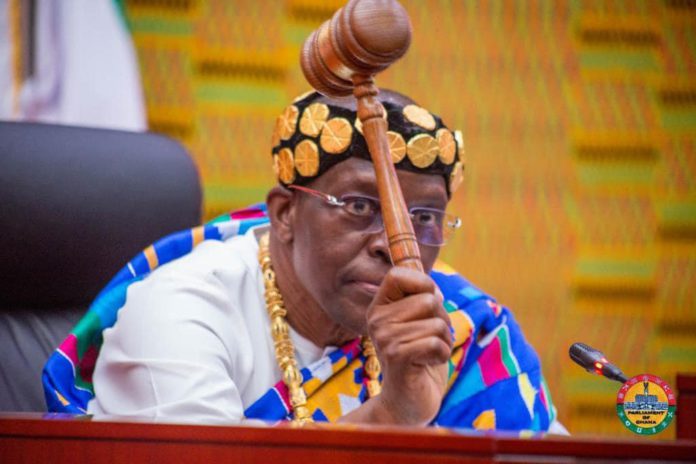 The Speaker of Parliament, Alban Bagbin, has directed Majority and Minority Whips to maintain order and discipline in the House with emphasis on the dress code of some Members of Parliament (MP).

According to the Speaker, some MPs dress inappropriately in the House.

“What I see you wearing are singlets, and when you wear a singlet to the House, you are naked. I have seen it and that makes you not catch the attention of the Speaker…I will not recognise any naked person in this house again, you will be seen as strangers,” he said on the floor of Parliament.

He has therefore charged leaders, especially the Whips of the House to maintain discipline and order.

“With this, the House stands adjourned to tomorrow at 10 o’clock in the forenoon…the house is adjourned,” Mr Bagbin said.

The Speaker on the resumption of the first meeting of the second session of the 8th Parliament, Tuesday 25 January 2022 ditched his ceremonial outfit for a traditional attire for sittings in the House.

He was clad in a kente cloth over a white lace shirt and a crown as he presided over the sitting.

Before the resumption, Mr Bagbin indicated that, he would only be using the Speaker’s cloak for ceremonial occasions this year, as part of efforts to change the dress code of members of the House.