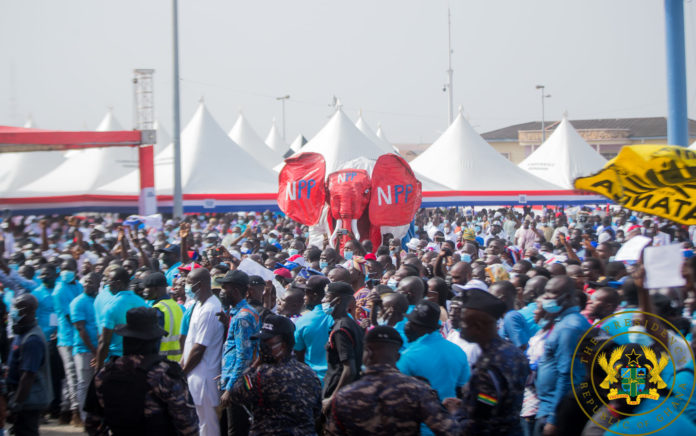 A chairmanship candidate in the recently-held NPP Executives election is perplexed after attracting only three votes at the polls, after campaigning for two years.

Oheneba Adum Bawuah has alleged some candidates were allowed to drive cars stashed with money into the stadium venue of the polls to distribute to delegates to influence their votes.

He said the bulk of the money enticed his Auntie who was a delegate to vote against him.

Speaking to Nhyira FM’s Kwadwo Jantuah on Kuro Yi Mu Nsem show, Oheneba Bawuah said he has petitioned the National Executive Council of the NPP to form a committee of enquiry to probe the election process.

He wants the election committee to apologize for not following the rules of the election.

“I used two years to campaign and got three votes, even my auntie didn’t vote for me because they influenced them to the point that they don’t have any choice. The money was too big to vote for anybody. I had cameras inside so I have evidence [of vote buying] so I don’t want to drag this issue.

“They should be silent and form a committee and apologize to the system to avoid repetition at the national level. The election committee should come out and apologize for not following the rules,” he said.

Oheneba Bawuah is advocating for an all-inclusive vote to elect party executives instead of delegates.

This, according to him, should be applicable to all parties in the country which should be backed by the constitution.

“I am starting an advocacy to advocate for ‘one man one vote’ instead of delegates. If the country wants a future, it should be ‘one man one vote’ and that’s what the revolution will be championing for. All the parties have the same problem so it is not limited to the NPP alone. Delegates are not the problem, it is the constitution,” he noted.