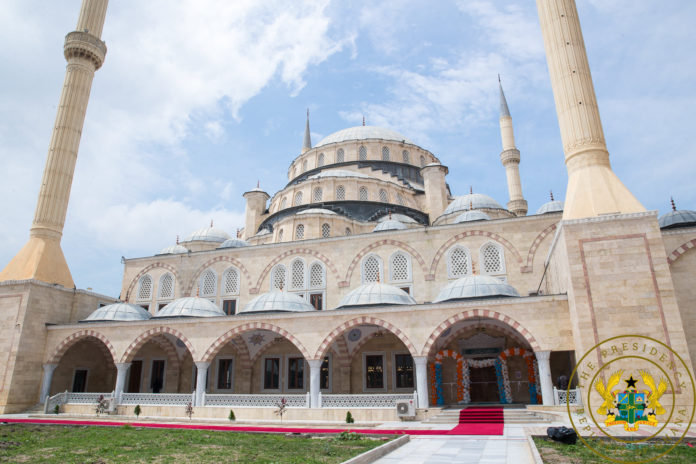 The completion cost of the newly commissioned National Mosque at Nima in Accra has been revealed.

Alhaji Baba Sherif Abdullahi, who played a key role in the construction, said a Non-Governmental Organisation (NGO) from Turkey invested $20, 000 to complete the edifice.

He revealed this in an exclusive interview on the Eid-ul-Adha edition on Asem FM’s Ekosii Sen programme Tuesday.

The edifice contains a grand National Mosque, an office complex for the National Chief Imam, a clinic fitted with laboratories and a pharmacy, a library, a school and a morgue.

It is said to be the second largest in West Africa.  The Turkish government has been commended for the massive investment in Ghana.

An elated Alhaji Abdulahi said but for the support of the Turkish NGO, the mosque would not have been completed.

“We started this project in 1995 when late former President Jerry Rawlings gave us the land and for over 20 years, we could not complete it till the Turkey NGO decided to support,” he explained.

Alhaji Abdulahi said Ghanaians must be proud to have such a huge edifice in the country.

“I have travelled to many countries but I’m yet to see this kind of mosque in West Africa; this is huge,” he stated.