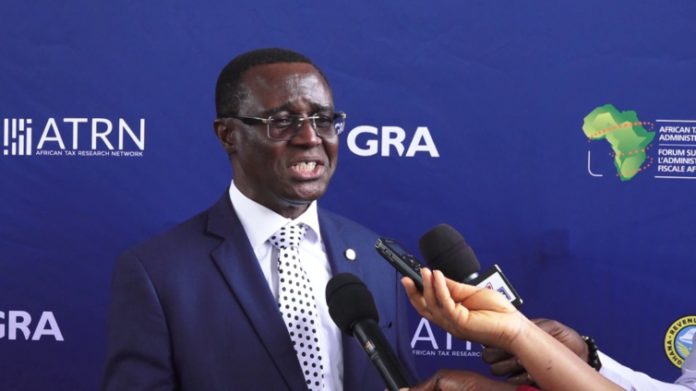 The Commissioner-General of the GRA, Rev. Dr Ammishaddai Owusu-Amoah, disclosed that the GRA collected ¢3.6 billion more than the 2022 target.

This represents a nominal growth of 31.5 percent over the tax revenue collected in the 2021 fiscal year.

However, the target was revised downwards in the Mid-Year Budget Review by Finance Minister, Ken Ofori-Atta to ¢71.94 billion, a reduction of ¢8.36 billion.

Details of the tax mobilized

According to data from the GRA, domestic tax revenue and Customs revenue recorded nominal growth of 28.9% and 38.4% respectively.

Total tax revenue collected by the Domestic Tax Revenue Division in 2022 was ¢53.28 billion as against a target of ¢51.75 billion, representing a positive deviation of ¢1.53 billion (3%).

Whilst the Customs Division collected ¢22.26 billion as against a target of ¢20.20 billion also exceeding the target by ¢2.06 billion

Providing some explanations, Rev. Owusu-Amoah said that the target was achieved mainly as a result of rigorous efforts made by the staff of the GRA as well as some new measures which brought about transparency and efficiency in tax administration.

He also linked the performance to enhance revenue mobilization efforts introduced by the GRA.

“The GRA rolled out some initiatives which included the implementation of the 2.5 percent increase in the Value Added Tax (VAT) rate, Reduction in the Electronic Transfer Levy (E-Levy) rate to 1% and resumption of collection of Vehicle Income Tax (VIT)”.

The rest are Resumption of collection of Tax Stamp, Complete reversal of the discount of import values of general goods & Home Delivery Values of vehicles and Partnering the MMDAs in the collection of property rates

The Commissioner General said that these revenue measures will go a long way to complement the authority’s efforts in achieving the revenue target for 2023. 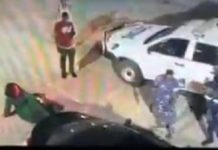 GRA reacts to assault on man by ‘Custom officers’ 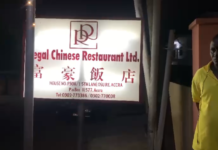 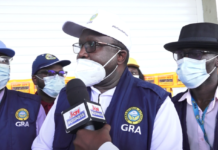