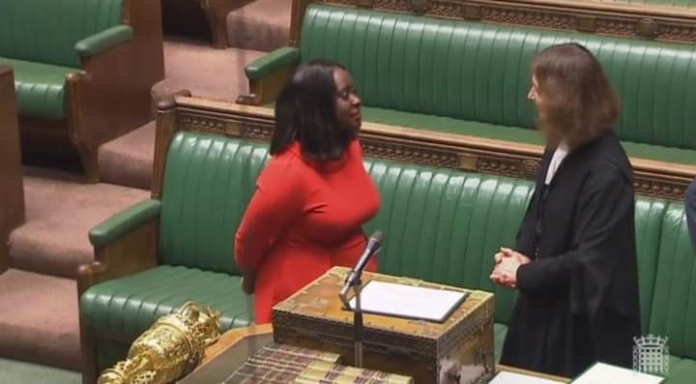 Ghanaian-British Member of Parliament for Erith and Thamesmead, Abena Oppong-Asare has secured a debate in Parliament in recognition of Black History Month.

The backbench business debate which took place on Tuesday 20th October is the first debate in five years to recognise Black History Month.

The debate was co-sponsored by MPs from the leading parties including Conservatives, SNP and Liberal Democrats.

Black History Month is celebrated every year in the UK throughout October.

It was first recognised in 1987 after being organised through the leadership of Ghanaian analyst, Akyaaba Addai-Sebo, who had served as a coordinator of special projects for the Greater London Council.

Despite events taking place yearly across the UK, a debate has not been held to recognise the month in Parliament in five years.

Abena Oppong-Asare MP said: “I am delighted to have been able to secure this much-needed debate in recognition of Black History Month. This year has been very difficult for Black communities having suffered some of the worst impacts of COVID-19. There have also been the ongoing Black Lives Matter protests, prominent cases of police discrimination and the heartbreaking death of Belly Mujinga.

“It is so important that people feel like their voices are being heard and this year I am proud to have been able to secure this debate so MPs can give a voice to these issues.

“Black History Month is also a celebration of the contribution of Black people to British society and I am looking forward to recognising important local and national figures in the Houses of Parliament.”

Abena Oppong-Asare MP opened the 6-hour debate with a speech about issues impacting constituents in Erith and Thamesmead.