The Local Government Service has reacted to claims that it is demanding GH¢6,000 from workers due for promotion.

A letter, signed by the Chief Director, James Oppong Mensah, said the money is meant for organising “a three-day High-Level Residential Refresher Training Workshop to prepare the officers for the impending interview.”

The about 240 workers to be interviewed for the position of Directors and Analogous grades have been asked to pay the money into an Absa Bank Gh Ltd account by Wednesday, March 23, 2022.

Some aggrieved workers, who qualify for the interview, have reportedly accused the Service of milking them dry.

But the Chief Director of the Local Government Service, James Oppong Mensah, in an interview on Adom FM’s morning show, Dwaso Nsem said they have not erred.

He explained that the monies being demanded have been the status quo since they began the promotion training workshop in 2017.

The Local Government Service Chief Director revealed that, they had charged Gh¢5,000 for the previous interview preparation workshop, but this year the hotels had increased their prices so the Service increased the fee for the interviewees.

“This is not the first time we are organising such a workshop so I’m surprised it is all over the media that we are asking workers to pay GH¢6,000,” Mr Mensah stressed.

The Local Government Service Chief Director explained that the promotion workshop is to prepare shortlisted candidates due for promotion interview to be done by the Public Services Commission.

Mr Mensah said participation in the workshop is not compulsory, noting that anyone who is unable to pay the GH¢6,000 will still be part of the candidates to be interviewed. 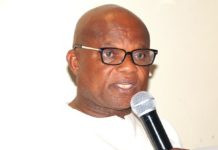 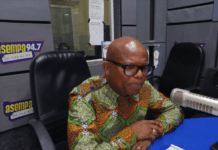