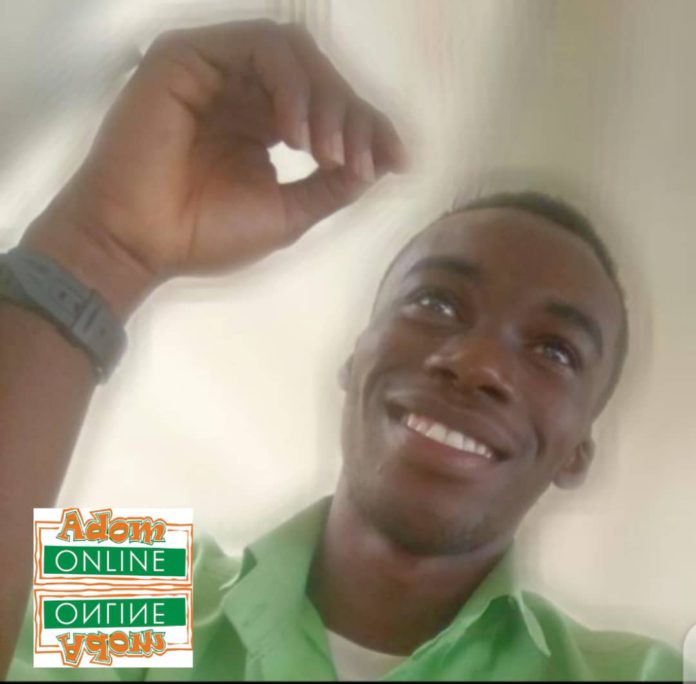 A 21-year-old final year student of the Gwiraman Senior High School (SHS) in the Western region has passed on.

Reports indicate the student, identified as Nathaniel Yankey, passed on Wednesday, July 15, 2020, after he was rushed to the Essikado Hospital.

Speaking in an interview with Joy News‘ Lord Tawiah, mother of the deceased, Mena Adjoa Essoun blamed school authorities for the demise of her son.

According to her, her son, days ago complained of illness but was declined permission to come home for treatment.

She accused school authorities of leaving her sick son in the care of his colleagues who took him to the hospital but was only given paracetamol.

“His condition was not getting any better but they still wouldn’t let him come home so he decided to come without permission and was rushed to the Essikado hospital.

“He started coughing blood so oxygen and other support devices had to be put on him but unfortunately passed on the dawn of Wednesday,” she sobbed.

This comes a week after the death of a Kwame Nkrumah University of Science and Technology student who complained of stomach upset and was left unattended to for almost three hours in the care of his colleagues due to the fear of Covid-19.