Children were filmed having fun in Oba of Lagos’ swimming pool after hoodlums vandalised his palace and took away personal belongings including his staff of office on Wednesday, October 21.

Recall that thugs on Wednesday stormed the Palace of the Oba of Lagos located at Iga Idugaran, Lagos Islan and vandalised vehicles and carted away several artefacts.

Following the vandalism, some chiefs have described the carting away of the instrument of office as a taboo and a desecration of the traditional institution of Lagos. 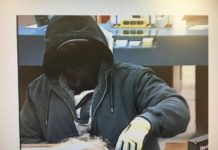 Lekki shooting: Man steals from nurse who treated him for free [Video]