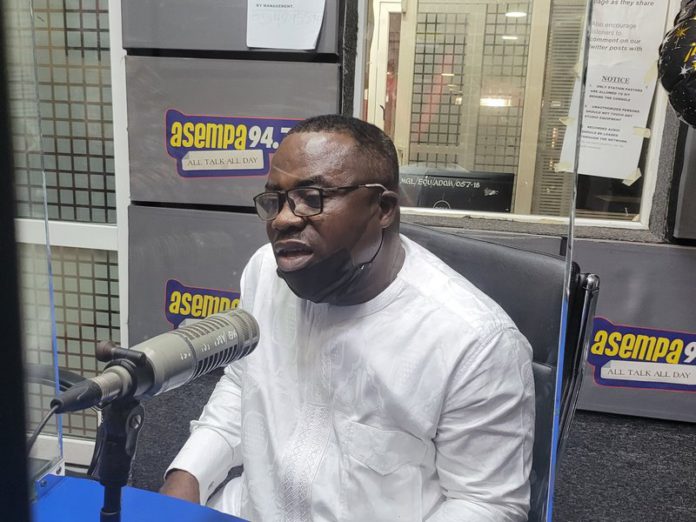 Speaking on Asempa FM’s Ekosii Sen show Tuesday, Mr Agorhom said when he took over, he tried hard to find ways of bringing 21 sitting MPs together in order to work with them.

But some of them, he said, never attended crucial meetings when they were expected to be in the build-up to the 2020 elections.

“There are some MPs who never attended our meetings on the way to strategise in the build-up to the 2020 election. Some of them lost their seats and it was extremely difficult managing them. Some of them will do voice notes and ridicule you,” he said.

The party lost so many parliamentary seats in the 2020 general election in the Greater Accra Region compared to their performance in 2016.

But Mr Agorhom said majority of the seats lost by these MPS had Ministers and Deputies who lacked the discipline to know that it’s the party that brought them to power.

“Most of the research and analysis they did in the constituencies we lost showed that the candidates were not working with the party,” he said.

To this end, Mr Agorhom said the situation became so difficult that he had to meet the President and Chief of Staff and present reports to seek intervention as to the conduct of the then candidates.

“When we tried all these and it didn’t work, we put together a reconciliatory committee chaired by the then Speaker of Parliament himself thinking they will even respect and come but they all refused to meet the Speaker,” he added.

His target, he noted, was to increase their seats from 21 to 24 but unfortunately, he could not.