The conveners of the #FixTheCountry campaign and the Economic Fighters League have disclosed their intention to petition the UN Human Rights Commission and Parliament.

This follows the mob attack that led to the death of one of its activists, Ibrahim Mohammed, popularly known as Kaaka.

In a Facebook post on Tuesday, the conveners outlined seven steps being taken to seek justice for the death of their colleague.

The convenors said they will on Tuesday present a letter to the Inspector-General of Police (IGP), James Oppong Boanuh, requesting a meeting to officially raise the matter.

Also, they intend to deliver a formal complaint to the Commission on Human Rights and Administrative Justice.

Among other things, the group said it will hold a candlelight vigil at a mosque, adding that: “We will provide you with the details, as soon as finalised.”

Lastly: “We are proposing that donations be channeled to his family. Once the number to donate to is available, we shall provide that to the public.”

Sakaa is said to have been attacked on Saturday dawn for asking for a better Ejura through social media activism.

He was repeatedly struck in the head with objects until he lost consciousness and subsequently died at the Komfo Anokye Teaching Hospital due to severe head injury with internal bleeding on Monday.

The Ejura police have since arrested two suspects in connection with the murder.

The suspects include Ibrahim Issaka alias Anyaas and Fuseini Alhassan.

The suspects have been dispatched to Asante Mampong Police Command to assist with investigations. 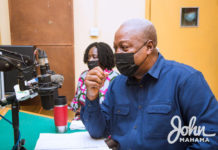 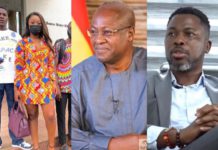 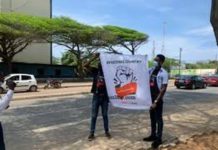