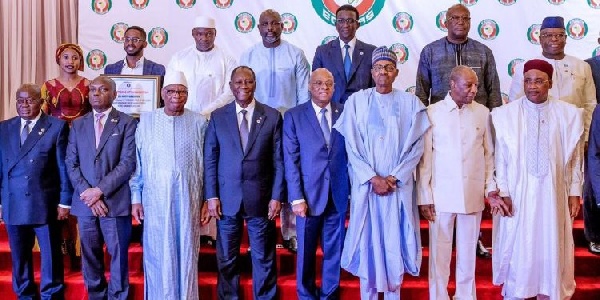 The Central Banks in the ECOWAS sub-region on Tuesday, January 14, 2020, began an extra-ordinary general meeting to deliberate on issues relating to the introduction of the single currency, the ECO, slated for 2020.

The committee of Central Bank governors are also expected to discuss the implications of the recent announcement by the French-speaking countries in ECOWAS on the proposed introduction of the single currency the ECO to replace the CFA franc (Financial Community of Africa) .

The talks will further determine the way forward for the member states of the West African Monetary Zone (WAMZ) in line with the road map for the introduction of the single currency – The ECO.

The ECOWAS Technical Team, however, is expected to present proposals made by the West African Monetary Institute about the ECO.

The governors are expected to also forward their recommendations to the Heads of States in the region as to whether the region is ready for the introduction of the single currency.

Back home, the Ghana Union of Traders Association (GUTA) has warned against the likely depreciation of the proposed common currency, the ECO, bearing in mind the economic trade scope of some West African countries amidst unresolved closure of some of its trade borders.

Government in 2019 made the announcement that it will soon join eight West African Countries which have committed to using a common currency, the ECO, early in 2020.

The Communications Directorate at the Office of President Akufo-Addo in an earlier statement said the decision will help remove trade and monetary barriers, reduce transaction costs, boost economic activity, and raise the living standards of countries involved.

“We, in Ghana, are determined to do whatever we can to enable us join the Member States of UEMOA (Economic Monetary Union of West Africa) soon, in the use of the ECO, as we believe it will help remove trade and monetary barriers, reduce transaction costs, boost economic activity and raise the living standards of our people,” said President Nana Akufo-Addo’s office in a statement.