DSP Gifty Tehoda, the police woman who was wrongfully dismissed from the police service in 2012, is to receive GHs 23,000 as compensation in addition to an accumulated five (5) years’ salary.

She is also entitled to all promotions due her through the period of her dismissal from the service, according to an order of the Human Rights Division of the High Court, which ordered her reinstatement in the service today [Friday, March 31, 2017].

The court presided over by Justice Gifty Adjei Addo, ruled that the dismissal of the officer was wrong. According to Justice Adjei Addo, DSP Tehoda was unlawfully detained by the Bureau of National Investigations (BNI) in 2012, when she was picked up following the ‘cocaine-turned-baking soda’ saga at the Police Headquarters.

The judge also held that the police breached the rule of natural justice for a fair hearing, as DSP Tehoda was not given an opportunity to be heard during the service enquiry by the police leading to her dismissal.

The case involving DSP Tehoda began on September 27, 2011, when one Nana Ama Martins was arrested for possessing large parcels suspected to be cocaine, which later turned into bicarbonate or baking soda.

DSP Tehoda was linked to the disappearance of the cocaine and was interdicted and subsequently dismissed from the Police Service. She was then the Deputy Commander in-charge of the Commercial Crimes Unit.

But three years after her acquittal, the Police Service did not reinstate her, forcing her to go to the Human Rights High Court to challenge the wrongful dismissal by the Ghana Police Service. 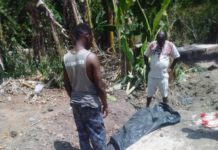 Seikwa: Police accused of burying suspect who died in custody without family’s knowledge 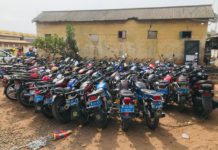 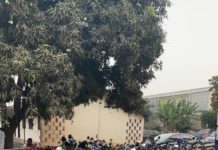