Although I have a great deal of fondness for the likes of Cameron Duodu, Kwasi Gyan-Apenteng, Baffour Ankomah, Elizabeth Ohene, George Sydney Abugri and Kwaku Sakyi-Addo, Abdul Malik Kwaku Baako remains one of the treasury chests of journalism in Ghana.

Every conscionable Ghanaian knows with perfect certitude that Baako’s veritable impeccable prowess in investigative journalism cannot be gainsaid. The contributions of Anas Aremeyaw Anas (who he mentored) to investigative journalism corroborate the foregoing stance. However, the underneath statement attributed to Mr. Baako demonstrates a clear dissimilitude of his journalistic laurels.

“The career of the Deputy boss of the Criminal Investigative Department is at a crossroads, Editor in Chief of the Crusading Guide newspaper Abdul Malik Kwaku Baako Jnr has said” (Source: myjoyonline.com, September 30, 2017).Kweku posited that ACP MaameYaaTiwaa Addo Danquah acted unprofessionally in her leaked telephone conversation with Kwame A-Plus, a principal witness of corruption allegations against President Akufo-Addo’s two deputy chief of staffMessrs. Samuel Abu-Jinapor and Asenso-Boakye. I strongly think otherwise that ACP MaameYaaTiwaa, Addo Danquahcould be acting professionally.

The Deputy CID Boss acted professionally in her conversation with Kwame A-Plus in a leaked tape circulating on the social media. As a criminal investigator, she was in a position of a forensic psychologist and thus could adopt many techniques to get to the bottom of Kwame A-Plus’s corruption allegations against the two appointees of the President of Ghana. She could use compensatory approach to pretend to be empathizing with her principal witness while in fact, the Deputy CID boss could make frantic efforts to establish the relationship between A-Plus’ problematic perceptions and his emotions about the above two government appointees. She could adopt other skills such as reflective listening and empathetic confrontation. The investigation goes beyond superficial ways of dealing with issues. Some situations are difficult to tackle in a direct, straightforward manner and the imperative need of utilizing compensatory approach could not be de-emphasized. Jesus, the Christ went for a baptism not because he was a sinner but because he wanted to identify himself with the people. A Plus claimed he was being pressurized which could make him drop his “supposed evidence”.

ACP Maame YaaTiwaa, Addo Danquah professionally motivating A-Plus that his allegation at Korle-Bu was not far from the truth could lure the latter to assist in the investigation with relative comfort. This did not practically mean that the deputy CID was either agreeing with A-Plus or validating the allegation against the aforesaid two appointees of Akufo-Addo led New Patriotic Party (NPP) administration. Naturally, individuals who cover up crime (those who refuse to report criminals) could be aiding and abetting but police every now and then reward cash prizes to some of them for the purposes of attracting tip-off. Therefore, the deputy CID boss could pretend to be in the same boat with A-Plus relative to the latter’s corruption allegations.

CID personnel could disguise themselves to live in the “world of their suspects” to ascertain facts about crime. We do not know what really initiated the phone conversation between ACP MaameYaaTiwaa and Kwame A-Plus. We cannot be judgmental without knowing the intent of the police officer.  Mr. Abdul Malik KwekuBaako, Anas Aremeyaw Anas had engaged in undercover investigations for good purposes. Anas cannot be accused of aiding and abetting with individuals he found violating the law because he also acted like them during the investigation. The deputy CID Boss could be engaging in undercover conversation (where her main purpose is not disclosed to A-Plus). Let us not be quick to judge. Leave the police officer alone! Mr. Baako, you and I do not know what goes into CID investigation. An approach to investigative journalism is different from CID investigation that is why they have different descriptions (names).

Also, A-plus must be made aware of the fact that joining a political party is free entry free exit. Every organization be it political or social travels on a wheel of secrecy. Confidentiality is a hallmark of organizational success. A-Plus must know the distinction between internal party matters and public matters. Any person who does not know the difference between his wife and his mistress is really in mental conflict. A traitor is different from a whistle-blower. We have every right to blow the whistle to curb crime, but it must be done cautiously so as not to dent others integrity.  So Kwaku Baako, let us know the nitty-gritty of police criminal investigation before asserting that ACP Maame YaaTiwaa Addo Danquah’s profession is at a crossroad! 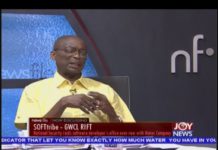 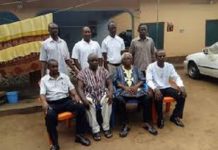 You can’t intimidate us – ‘Western Togolanders’ to Baako