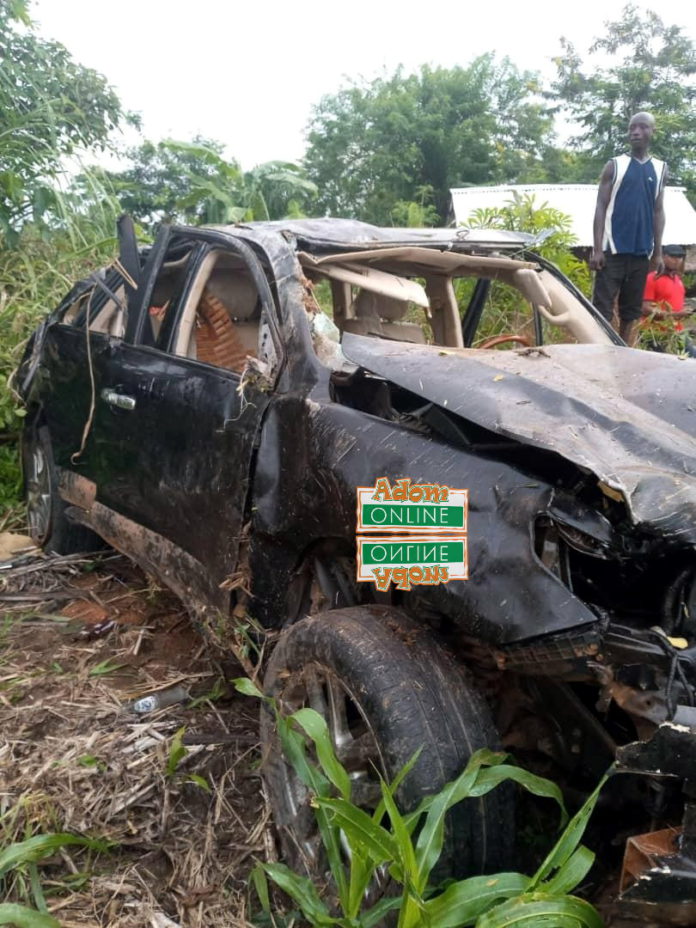 The District Chief Executive for Upper West Akyem, Eugene Sackey, has been hospitalised after he was involved in a near-fatal accident on the Suhum to Nsawam Stretch of the Accra to Kumasi Highway.

The accident occurred Friday, September 20, 2019. The official vehicle of the DCE collided head-on with a speeding commercial vehicle.

The DCE also contesting the Primaries of the ruling New Patriotic Party in the area is currently on admission at GraceVille Medical Center.

ALSO: My respect for Otumfuo is profound-Mahama speaks on Asantehene’s UN comment

An aide to the DCE, Jeffrey Ewusi William confirmed the accident to Starr News.

According to him, the DCE is recuperating.

The accident comes at the back of a fatal motorbike accident which led to the death of his campaign manager -Alfred Koranteng Thursday.

The DCE recently filled his nomination to seek for reelection as Parliamentary Candidate for the third time in the Constituency, which has been occupied by NDC since 1992.

In 2012, Eugene Sackey was defeated by then-incumbent Member of Parliament Joseph Sam Amankwanor by some 3,100 votes. Sackey, however, closed the gap to about 400 in the 2016 parliamentary and presidential election.

The DCE is therefore hopeful of winning the seat for the NPP in 2020 if given the nod as Parliamentary Candidate for the third time.