Photographer and associate of Davido, Fortune Shotz, was buried in a solemn ceremony in Taba, Wednesday, October 6.

Among those present at the private ceremony were his close friends and family members. No camp member was spotted.

Videos taken from the funeral captured the moment he was being transported to the cemetery in his white casket.

Fortunate Umurname Peter was born and raised in Bariga, Lagos but hails from Owerri in Imo state.

The photographer was said to have drowned on Tuesday evening, September 21, 2021, in a location in Lagos.

His death was widely reported on social media after a Tweet purporting to be from a friend of the deceased went viral, reporting his death. 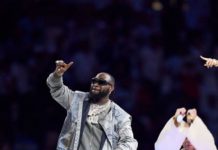 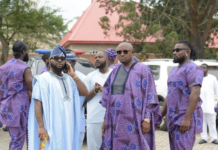