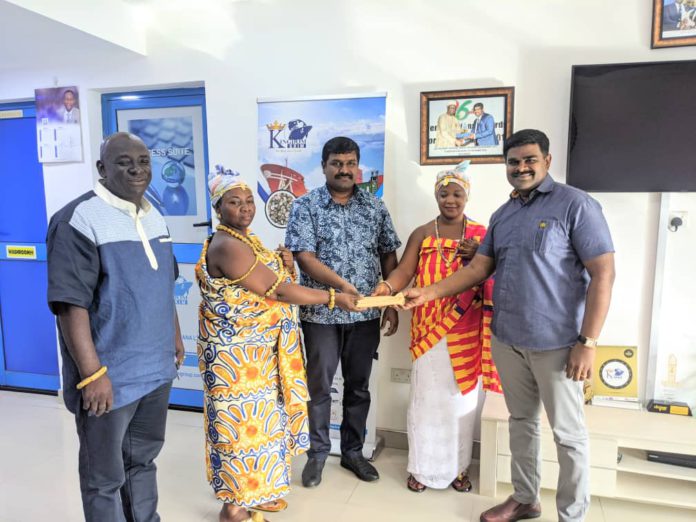 Kingdom Exim Ghana Limited has taken its support for the fight against Covid-19 to the Eastern Region where they donated a number of items towards the combat.

Since the President of the Republic of Ghana, Nana Addo Danquah Akufo-Addo called for private sector support towards the eradication of the novel virus, Kingdom Exim has responded with a number of donations.

The donations made in the Eastern Region were worth more than GHS 50,000.

The donation was led by Nana Twum Barima of Adansi Abuakwa.

That of Akyem Nkronso were received by Osabarima Danso while George Sasu received on behalf of Akyem Asafo.

The donations form part of Kingdom Exim’s Corporate Social Responsibility towards the fight against the spread of the coronavirus in these communities.

The duo say they deem it fit to support the communities irrespective of their location.