A corpse that was deposited at the Hosana Clinic and Mortuary, a private mortuary facility in Agbozume in Ketu Municipality in the Volta Region has disappeared.

According to police in the area who confirmed the incident to MyNewsGh.com, the family of Torgbui Dictionary Akoklo deposited their deceased relation in the facility on September 27, 2019 but when they went to the said mortuary for their corpse for funeral and burial, the mortuary attendant could not find the corpse.

When the operators of the mortuary facility conducted thorough checks in their books, they realised that they had mistakenly released the said corpse to one Frank Dogbey whose corpse had also been deposited at the mortuary.

This was due to the resemblance of the two corpse and that the family of Frank Dogbey had also buried the corpse which was mistakenly released to them, whilst theirs is still at the mortuary.

Operators of the mortuary facility together with both families have since secured an exhumation order from Agbozume District Court to exhume the buried corpse in order ascertain if indeed it was the corpse that was mistakenly buried as claimed by the operators. 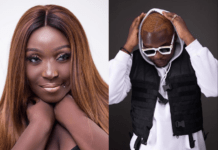 Man found dead in a bush at Teacher Mante

Policeman under investigation for fondling corpse

Lady reportedly poisoned on her birthday over an iPhone 11

I will help you win – Prof. Naana Opoku-Agyemang to Mahama