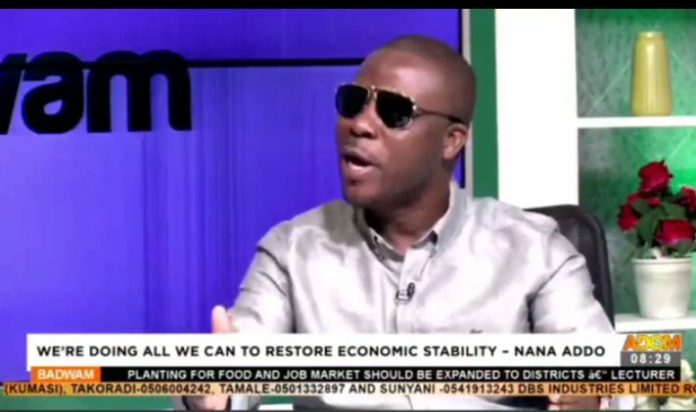 The New Patriotic Party (NPP) Member of Parliament for Bortianor Ngleshie Amanfrom constituency in the Greater Accra region, Sylvester Tetteh, has revealed that the administrator of Common Fund has been borrowing to pay District Assemblies.

He said the worrying aspect is the interest accrued on these loans the administrator is taking to defray some of the debts owed the Assemblies.

The District Assembly Common Fund is currently in arrears of about six quarters of which recently the Finance Ministry made payment of two quarters.

That is why many Regional Coordinating Councils and District Assemblies have become dysfunctional.

The Minister of Finance in a response as to why government has failed to honor that constitutional mandate said the current financial constraints make it difficult for government to pay timely.

Speaking on this in an interview with Akwasi Nsiah on Badwam on Adom TV, Sylvester Tetteh, one of the aggrieved Majority caucus members, who are up in arms against the Finance Minister, said nothing can make it justifiable for the delay in payment of the Common Fund.

“The 1992 constitution requires that 5% of the total revenue is dedicated to the District Assembly Common Fund,” he said.

He added that though previous administrations over the years have defaulted in paying timely it cannot be allowed to go on.