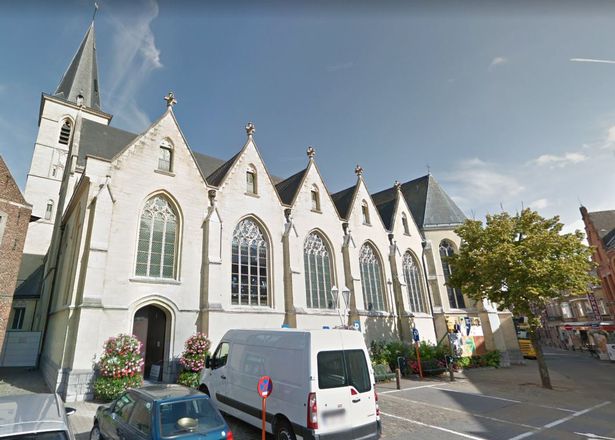 A randy couple could be in serious trouble after they filmed themselves having sex inside a church in Belgium.

The couple was seen appearing to have intercourse behind an altar and has prompted a police investigation.

Footage appeared online causing outrage after it was filmed inside Sint-Michielskerk Church in the city of Bree.

The footage shows a naked woman bending over while the man films her from behind.

He appears to be filming with one hand while the other can be seen occasionally groping the woman’s waist.

The identity of the couple is still unknown and it is not known whether the footage was purposely posted or has been leaked.

When the encounter took place is also currently unclear but people from the church believe it could have happened on October 27.

Local reports suggest the video started being distributed through WhatsApp before spreading across social media channels.

The church, which wanted to handle the matter “discreetly”, is a publicly accessible building so anyone is able to enter the church.

According to the news site Het Nieuwsblad, the police are investigating the incident as pornography in a public place and dissemination of the images.

Bree mayor Liesbeth Van der Auwera said: “The police have announced that a double report has officially been drawn up.”

Reasons why size does not matter during sex