A Mosque has for long been known as a place where righteousness is upheld, but for a man whose identity is not immediately known, it is just a building with many opportunities.

The said man was exposed by a Closed-Circuit Television (CCTV) which captured the moment he stole from a Mosque.

In a footage in circulation, the man is seen already in the building, as though he was offering his prayers.

After his scout proved the coast was clear, the man shunned his prayers and headed straight to his target.

It isn’t his action that has caused a stir, but what he stole; a light bulb hanging in its socket.

After he successfully unscrewed the bulb, he hid it inside a black polythene and headed for the exit. 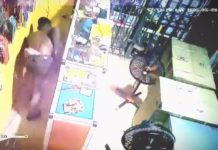 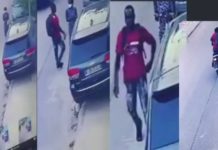 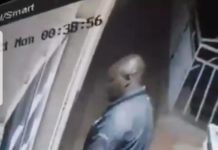