Inter were prepared to meet the Argentine’s buy-out clause in 2006, but Barca stood firm and ensured that a mercurial talent remained on their books.

Lionel Messi is being backed to remain at Barcelona by Joan Laporta, but he admits that he feared losing the Argentine to Inter in 2006.

Speculation is once again surrounding the future of the five-time Ballon d’Or winner, with no extension agreed as yet to a contract due to expire in 2018.

This is not the first time that Barca have found themselves in such a situation, though, with Messi having been the subject of record-breaking interest in the past.

Inter were prepared to spend big on taking him to Italy a few years after his breakthrough at Camp Nou, but Laporta and Co. stood firm to ensure that no deal was done.

The former Barca president told The Guardian when asked if Messi ever came closing to leaving during his reign: “It was 2006 when Inter made an offer.

“They were prepared to pay the €150m buy-out clause, which is why we [later] raised it to €250m, but I always felt reassured by my relationship with his dad, Jorge.

“I told him: ‘They’ll have to pay the clause because I won’t sell. He’ll be happy here, he’ll get glory. There, he’ll only win financially. Your son’s destined to be the greatest in history and here he’ll have a team to help get there. He’ll enjoy it’.”

Laporta added: “I’m very Cruyffista but what Leo does – and I talked about this a lot with Johan – makes him the best in history. Johan said so too.

“Messi’s football is beautiful and effective. For me the best ever are Cruyff, Maradona and Messi. Leo’s a mix of Cruyff and Maradona, but he is Leo Messi.”

Since seeing a move to Italy blocked, Messi has been heavily linked with a possible switch to England – with the likes of Manchester City and Chelsea boasting the financial firepower required to put a deal in place.

No transfer has ever been done, but Laporta is among those adamant that the mercurial South America would have caught the eye in the Premier League had he ever found himself on that stage.

He said: “Of course he could do it in England. He has a gift. He could do it covered in mud in the pouring rain.

“He has done it. He’s played in England and been spectacular, he adapts to any circumstance, any conditions. And I love the fact that he enjoys himself and never complains, never dives.

“Yet he has character: it’s a mistake for opponents to forget that. It happened at the Bernabéu: the moment they hit him [Marcelo split Messi’s lip], that was it. Grrr and off he went.”

Having worked hard to keep Messi on their books, Barca have been rewarded with a club-record 507 goals in just 583 appearances. 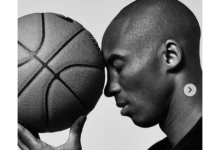