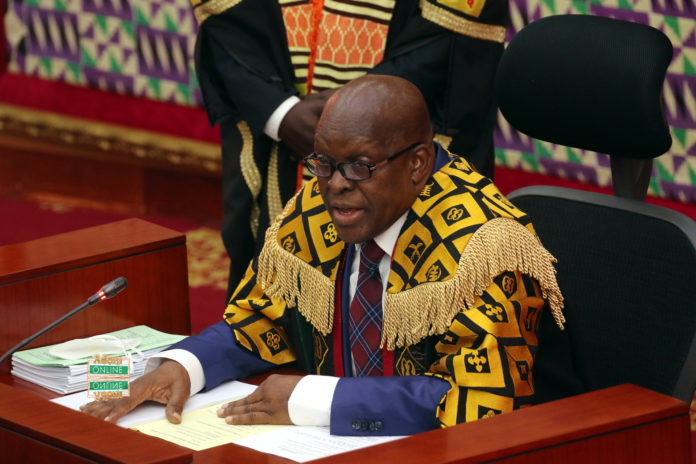 Speaker of Parliament, Alban Bagbin, has revealed he cannot be held responsible for the inability of the House to conclude on the Electronic Transaction Levy (E-levy) bill.

The Majority in Parliament had alleged Mr Bagbin’s absence throughout the first part of the sitting appears to be part of a grand plan by the Minority to frustrate the approval of the bill.

According to the Majority Leader, Osei Kyei-Mensah-Bonsu, Mr Bagbin on Monday left his seat for the First Deputy Speaker, Joe Osei-Owusu, to preside over the House midway through a decision on the controversial e-levy bill.

However, Mr Bagbin left Parliament for the House without communicating to anyone and not even Mr Osei-Owusu who was acting in his stead.

To him, it was an unfortunate development as one person [Speaker] cannot hold the House to ransom.

But the Speaker says despite his readiness and willingness to preside over the proceedings, the Majority Caucus delayed.

“I can give you a copy of my closing remarks which when I was leaving I passed through my usher to give to them that it was after 10 in the night, and I had to go and take a rest because you delayed in sitting.

“I had to compel the House to sit after 2 and I presided, I said let us discuss E-levy, you said no, rather the other business. I kept on varying we did about six important items, approving other; loans until I had to hand over getting to 6:30 to the First Deputy Speaker,” he explained.

He stressed so far as he is concerned he applied the rules fairly, adding his roles in the House are very clear.

“Now, they say I refused to preside, that is why some numbers were not in the House, I am not a Chief whip of any party, I am not entitled to bring members to the House, that is not my duty.

“I presided and applied the rules and I have applied them fairly according to my understanding, through literature, through experience,” he said while addressing a forum of former Parliamentarians on Thursday.