The Feast of the New Yam is an occasion for giving thanks to God, and also to the gods and ancestors for a bumper harvest. It is also an occasion to offer prayers for good health and prosperity for all.

With yam considered as the only foodstuff which prominence is depicted through the celebration of the Yam Festival prior to its annual harvest and consumption, it is believed certain rituals are performed mostly in the traditional settings.

Speaking in an interview with Adomonline.com, head teacher of Solid Rock Baptist Academy in Dromankesse in the Nkoranza North District of the Bono East Region, disclosed that the activities that pave way for the new yam consumption rely on the use of the Africa Traditional calendar which has 40 days instead of 30 days.

“The new yam comes from June to December but people in our traditional areas, especially those from houses with shrines or idols cannot eat the yam until the rituals are carried out to avoid the wrath of the gods.

“Failure to wait till the rituals are performed can result in death, sicknesses or serious calamities and during this period, you cannot enter such homes with the new yam to serve as an annual re-affirmation of allegiance by all chiefs and their subjects,“ he added.

The Yam Festival is annually celebrated in Ghana and is popular among the people of Asogli. 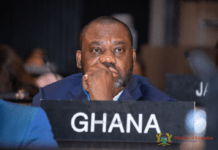 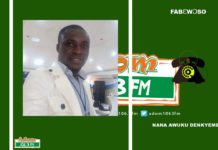 NDC Youth Wing to put Nana B ‘in his place’ with...

Parents give heartbreaking account of how 2-yr-old daughter was crushed to...

You may be using hand sanitizer all wrong

Woman breaks down in tears as she refuses to taste meat...