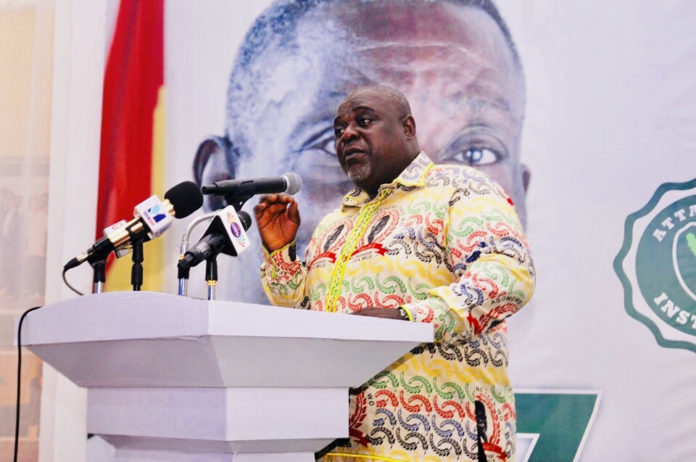 The Atta-Mills Institute (AMI) for Civic Education and Public Policy Advocacy has, once again, been invited by ECOWAS to join a Team of Elections Observers.

The team will be in Benin to observe the country’s Presidential elections scheduled to take place on April 11, 2021.

A statement signed by the Director and Chief of Staff of the Institute, Andy Kankam, said the Team will be in Benin between April 8 and 14, 2021.

The election, which will elect the President of the Republic of Benin for a five-year term, has the incumbent, President Patrice Talon, seeking a second-term in office.

This would be the second international election monitoring assignment by the AMI after an earlier one it undertook between 14th and 20th October 2020, as part of an ECOWAS Observer Team to observe the Presidential and Provincial elections in Guinea Conakry.

Also, later in 2020, the AMI was accredited as one of the 27 Local and International Observer Groups mandated to observe Ghana’s December 07, Presidential and Parliamentary elections, which was deemed to have been free-and-fair by all the teams.

“The AMI remains humbled by the local and international recognition that God is bringing our way, and we appreciate the ECOWAS invitation”, the statement said.

The AMI Team is being led by the Founder and CEO, Samuel Koku Anyidoho who will be accompanied by Maxwell Okamafo Addo, a Technical Director at the AMI.

The statement noted that the presence of Koku Anyidoho and the AMI Team in Benin will further enhance the international image of the Institute.

“We remain grateful to God for his grace and mercies upon the path we have chosen to walk, and it is our fervent prayer that more illuminating opportunities shall shine our way so we continue to serve God and Country the best way possible”, the statement added.

The AMI expressed its gratitude to all Individuals and Groups for the unrelenting support towards seeing it grow from strength to strength.