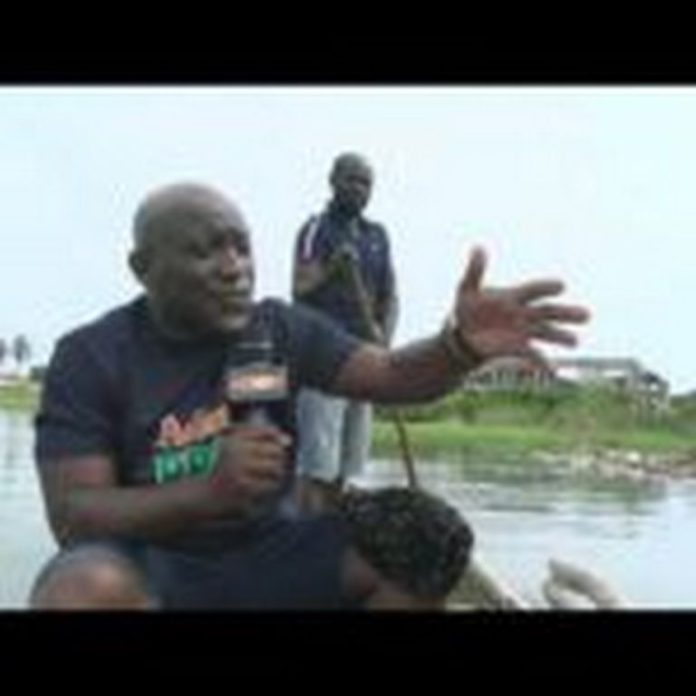 The people of Anloga in the Volta Region, whose main occupation is fishing, Kente weaving and beads making are forced to use garbage as sea defense.

Residents of Anlo in the Volta Region of Ghana in the Anlo District frequently suffer from tidal waves from the Keta Lagoon.

Anytime the Lagoon overflows its banks, it enters people’s homes and many get their property destroyed while others become homeless.

The people have on several occasions called on past and present governments to help them build sea defense to prevent the sea from flooding their homes but to no avail.

Several governments have promised to build sea defense to curb the menace yet no government has fulfilled the promise.

Residents in their attempt to solve the problem by themselves are compelled to use refuse swept from their various homes as sea defense.

Some residents, speaking to Kwasi Asempa during the celebration of Hogbetsotso Za Festival, said because government has failed to construct sea defense for them, they are using garbage to block the sea from entering their homes.

‘’We have been doing this for the past 15 years so that we can have our peace,” they said.

They added that they have made a decision that anytime they sweep their homes, they will dump the trash at shore of the lake to create heap to prevent the sea water from coming into their homes.