Amazon and Google have clashed publicly after access to YouTube was pulled from one of the online retailer’s devices.

On Tuesday, YouTube stopped working on Amazon’s Echo Show, a voice-controlled assistant with a screen that can display information and videos.

Both companies issued statements criticising one another. Amazon said Google had blocked YouTube on Echo Show “without explanation”.

While the Echo Show could play videos from YouTube, it did not provide all of YouTube’s functions such as the ability to subscribe to channels or serve up video recommendations.

Google said in a statement: “Amazon’s implementation of YouTube on the Echo Show violates our terms of service, creating a broken user experience. We hope to be able to reach an agreement and resolve these issues soon. 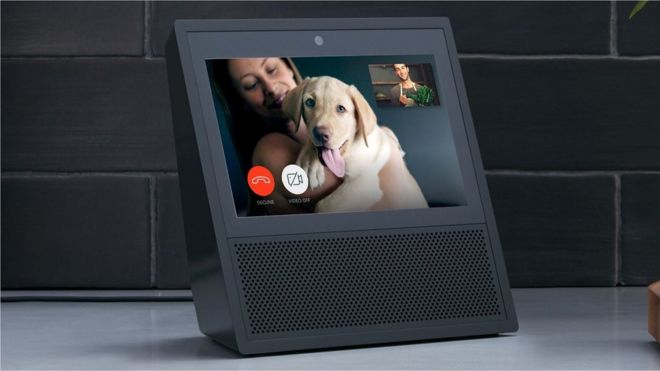 “We’ve been in negotiations with Amazon for a long time, working towards an agreement that provides great experiences for customers on both platforms.”

However, Amazon said in its statement: “Google has chosen to no longer make YouTube available on Echo Show, without explanation and without notification to customers.

“There is no technical reason for that decision, which is disappointing and hurts both of our customers.”

It is not the first time that tech giants have removed rival products from their platforms.

In 2013, Google ordered Microsoft to remove its unofficial home-made YouTube app from the Windows Phone store, despite not providing an official app.

In 2016, Amazon chief executive Jeff Bezos said the retail giant had stopped selling the Apple TV video-streaming box, because the two companies had not agreed “acceptable business terms” to include Amazon’s Prime Video service on the device.

Both Amazon and Google are currently developing rival voice-controlled smart home speakers, which can act as a gateway to lucrative services.

“Both companies are coming into conflict because they are competing for the same new growth opportunities – in this case, around the smart home,” said Ian Fogg, an analyst at the IHS Markit consultancy.