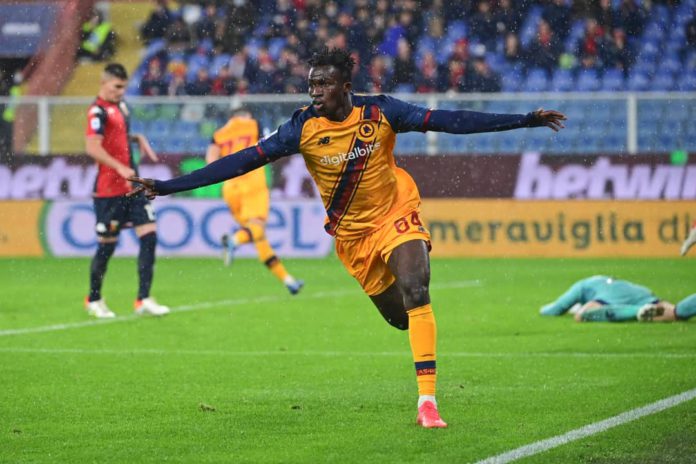 Promising forward Felix Afena-Gyan came off the bench to score his first brace for AS Roma in a win against Genoa in the Serie A on Sunday.

Jose Mourinho’s side endured a frustrating night before the introduction of the Ghanaian youngster.

Afena-Gyan came on as a replacement for Eldor Shomurodov on the 74th minute of the game.

The 18-year-old made good use of Mkhitaryan’s effort to fire up in the angled drive with the inside of the right boot for his debut Serie A goal.

The night got even more special for Afena-Gyan, as he scored from an unlikely source to make it 2-0 for Roma.

He becomes the first player born in 2003 to score in the Italian top flight and it was only his third appearance.

Afena-Gyan was handed a debut call-up to the senior national team of Ghana for the 2022 FIFA World Cup qualifier against South Africa and Ethiopia but failed to turn up due to some sporting reasons. 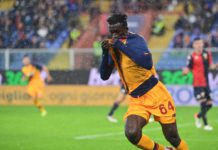